Democratic Republic of the Congo - I was a wizard. 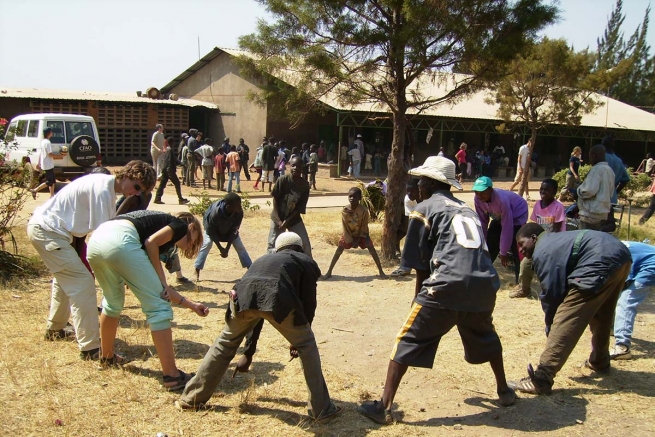 (ANS - Lubumbashi) - Between January and June 2016, 70,222 people arrived in Italy by sea, to escape from war, hunger and violence, (compared to70,329 in the whole of 2015). This year’s total from January to June included 11,608 minors, the vast majority of them unaccompanied minors (90%). They have undergone experiences that we cannot even imagine. Let us quote one example. Heritier Tshibanda is 13 years old and is one of the tens of thousands of boys and girls from the Congo who are branded as wizards or witches and are abandoned by their families. Heritier lived on the streets for twelve months and then, after many difficulties, he returned to a normal life at "Bakanja-Magone", a centre run by the Salesians. It is not easy for him to talk about his experience.

interview by Beatrix Gramlich on Kontinente

Where are you from?

I am from La Rwashi, a village about ten kilometres from Lubumbashi.

How many were in your family?

I had an older brother and a younger sister. My father was working in the state electricity company. My mother took care of the family. We did not have much money, but we were not altogether poor and we had a small house.

When I was eleven years old, my father died. My little sister was eight years old. We wanted to stay with our mother but after my father’s death his family sent us out of the house. My sister and I were sent to my grandparents and my aunt who lives with them.

Was that a difficult time?

The problems arose when we arrived. My aunt, grandmother and grandfather did not treat us as children. They constantly insulted us. They punished us for nothing.

What reasons did they give for punishing you?

For example, if I did not want to get water from the well and carry it home, and I refused to do it, then they would beat me. If they thought I behaved badly they would say, “That is witchcraft. You inherited it from your mother."

Do you believe in witchcraft?

They told me so many times: "You are a little wizard", that I ended up believing it.

What does being a little wizard mean?

He is a person who is blamed when others are suffering or whenever suffering arises. Because of this I ran away so that other people would not suffer because of me.

And your brother and sister?

My brother was living with other relatives, my sister is dead. She died of an illness. I don’t know what it was.

Where did you go?

To Lubumbashi. I lived on the streets for a year.

How you did you manage when you were living on the streets?

I stayed in Katuba, a suburb of Lubumbashi. Near the town hall there were some old abandoned cars. At night I slept there.

What problems were there on the streets?

We had no clothes apart from what we were wearing. At night it was cold, but we had no blankets. There were no toilets anywhere. I used to wash at the taps on the street

How did people treat you as street children?

Many used to ask, "Where is your family?", but they did not treat us like other children.

Can you explain better?

(He said nothing but kept looking at the ground).

How did you come to the Salesian centre for street children?

The chief administrative officer of Katuba district brought me here a year ago.

How do they help you here?

I have the opportunity to study. They pay school fees for me. And I changed my way of behaving. When I arrived, I believed I was a little wizard. The people who work here told me that it was not true. Gradually I began to realize it. I became a new person.

What do you want to do?

I would like to continue to go to school, and then get a job and be able to help other children who are suffering.