Mexico - The Salesians of Tijuana open a shelter for Haitian migrants 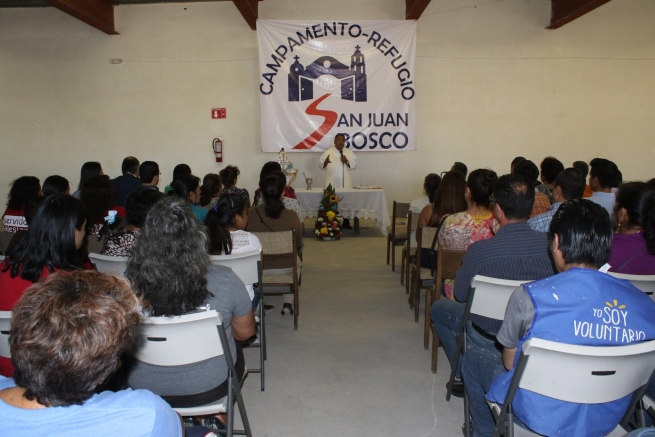 (ANS - Tijuana) - The situation of Haitians in Mexico is complicated. On the one hand the Obama administration had announced that it would resume full repatriation of undocumented Haitians but then came the natural disasters that struck the poorest country of the continent. Now there is the message of the President-elect of the United States, Donald Trump, who says that "up to 3 million people without papers could be deported". To provide better service to Haitian migrants, the Salesians in Tijuana have opened a reception centre at the San Juan Bosco Oratory which can accommodate up to 200 people with dignity.

Since the middle of this year Tijuana has been transformed by the arrival of thousands of Haitian migrants. But things have not worked out well. Hundreds of people arrive every day but the US authorities allow only a few dozen of them to enter, with the result that within a short time there were thousands of stranded migrants.

The Salesians have set up the "San Juan Bosco" Reception Centre at the oratory. The intention is to give the migrants dignified care. There is a Camp that can accommodate between 150 and 200 people, offering sleeping accommodation, toilets and showers, as well as food and workshops, plus recreational, sporting and religious activities.

Fr Felipe Plascencia, Rector of the Salesian House in Tijuana, says: "it is not clear how long this situation will last. A rough estimate is that it will take approximately 10-12 months. The reception centre will remain in operation as long as this extraordinary situation persists."

Before the opening of the centre Fr Plascencia and Fr Francisco González, Economer of the Mexico-Guadalajara Province, blessed the building. The event was attended by various federal administration, state and municipal authorities involved in the activities for migrants, as well as volunteers and supporters of the oratory.

Carlos Mora Alvarez, President of the State Executive Council for the Care of Migrants of the State of Baja California, said that "working hand in hand with and guided by the Salesians was a wonderful and miraculous experience. Today this centre is being opened for the benefit of our migrant brothers, regardless of creed, race or skin colour".