Spain – The NGO “Solidaridad Don Bosco”: 25 years of commitment for a world better in justice and solidarity 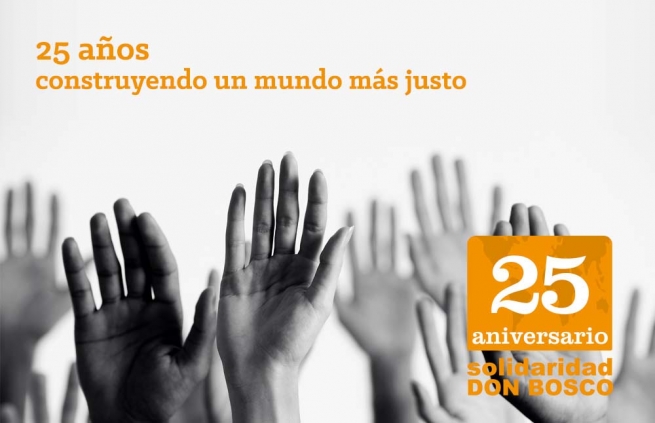 (ANS – Seville) – Twenty-five years ago the ”Asociación Don Bosco“  was formally established with an official founding document. Many years have passed by; many life stories involved and impacted. Many as well the people who partake at various level in the organization: volunteers, partners, Salesians, collaborators, teachers, students, technicians, local partners. Some walked along the same path just for a while; others have been part of the journey from the start up to now: all contributed in various way to make the association what it is today.

“Solidaridad Don Bosco” was fathered by the Salesians of don Bosco, as a ‘delegation’ within Spain of the “Asociación Don Bosco” of Kara, in Togo. “We started our projects of youth shelter, education, formation, social-professional insertion in the work market and social environment, with the young people as our main protagonists both of the action to be taken and the reflection/study of the situation”.

“On behalf of Solidaridad Don Bosco we wish to say a sincere thanks to all those who have been part of our past history and of our present”.

Along these 25 years, thank God many success stories took place, with concrete faces and life journeys that testify to it.

Stories of men and women who, thanks to a specific project run in Togo, Morocco, Ecuador, Mali, Bolivia, Benin Republic got the chance to attend primary education; boys and girls who were rescued from the streets and given again a home where to live; young people who received proper professional training; women who learned a trade.

Stories of men and women who knows too well that solidarity is not primarily about money; to be committed for a better world is rather first and foremost a life choice towards a precise life style: a new way to be and to live in this world.

Stories of men and women who understood that “Africa is not just a place”; that you are not going to save anyone because you are a volunteer; that the best way to be a volunteer is to start from the day to day reality one is called to face; and that to stand and fight against injustices implies direct commitment and involvement, joining hands with other people and organizations, demanding concrete political measures aimed to the eradication of poverty and inequalities.