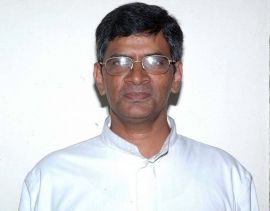 (ANS – Rome) – Fr Ángel Fernández Artime, the Rector Major of the Salesians of Don Bosco, with the consent of his council has nominated Fr. Kochamkunnel Jose (popularly known as KM Jose) as the 14th Provincial of Chennai for the sessenimum 2017-2023.

Fr. Jose, aged 60 was born at Manoor, Kottayam (Kerala-India) to Mathew and Mary. Having completed his basic formation at Yercaud and Bangalore, he brings along a rich experience as the former Vice Provincial, Province Secretary & Provincial councillor for a number of years at the Salesian Province of Chennai.

Presently being the Rector of the Community of the Don Bosco Renewal Centre at Bangalore, he has worked in the past as Rector of various houses such as: the Provincial House –Chennai, the Refuge, Broadway –Chennai, Sacred Heart College –Tiruppatur etc.,

He holds a master’s degree in Theology and a bachelor’s degree in Psychology. He is a well-known youth animator and much appreciated for his Training programmes for the youth. Known to be soft spoken and a relational personality, he is fluent in three languages – Tamil, English and Malayalam.