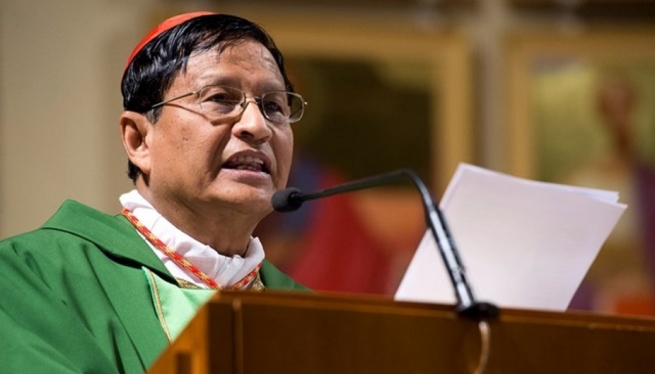 (ANS - Yangon) - It is time for all the Burmese people to be united so that 2017 may become "really the Year of Peace". This is what the Salesian Cardinal Charles Maung Bo, Archbishop of Yangon, wrote in a statement released a few days before Christmas recalling how war and violence still mark the country.

Cardinal Bo hopes that all religions and ethnic groups of Myanmar will be united in pursuing the goal of peace and he proposes that "all those who flock to our monasteries, churches, temples and mosques bring signs and banners with the phrase 'Stop all wars!'".

The Archbishop of Yangon asks the Burmese people to "spend the day in prayer and fasting for peace, to change the hearts of all people. He urges them to put an end to the wars which are still ongoing in Myanmar and to make 2017 the year of peace."

The message continues, "Brothers and sisters of Myanmar, we will all say 'Happy New Year'. Every year we greet one another with this message. But honestly there is no happiness in many parts of this country. The war continues in many areas. And for more than 200,000 displaced people in refugee camps, it will not be a happy new year. The war, which began sixty years ago, still rages. Cambodia has solved its conflicts, Vietnam has solved its wars. These neighbouring countries are on the way to peace and prosperity."

"We in Myanmar are still involved in an unwinnable war,” Cardinal Bo laments. “The agony of the population and forced displacement are the only results of violence. The silent majority of the people of Myanmar have only been a spectator of a chronic war in Myanmar."

"Now,” he concludes, “let us unite, all together, for a genuine peace."