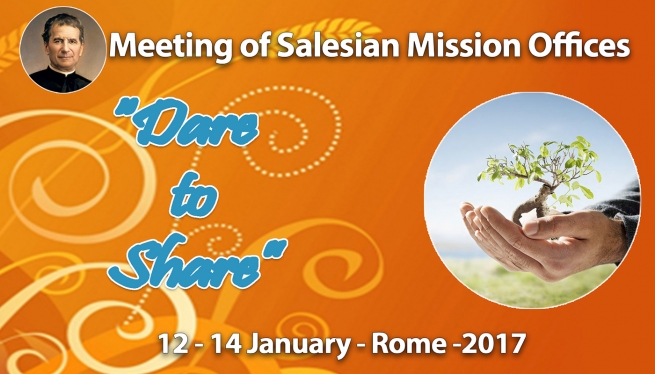 (ANS - Rome) – A meeting of the Salesian Mission Offices is taking place at the Generalate of the Salesians in Rome from Thursday 12 to Saturday 14 January. Its aim is to study deeply the emerging themes of mission, to share ideas and best practices and to reflect together in the face of common challenges.

The meeting is organized by the Department of Missions in cooperation with the Economer General. There will be over 60 participants from 32 countries on 5 continents: Salesians and lay people involved in Mission Offices, Project Offices, and bodies like Don Bosco Network (DBN) plus representatives of the various departments involved.

To facilitate the correspondence between the content of the meeting and the needs of the participants the meeting was preceded by the dispatch of a questionnaire, through which it was possible to focus on some priorities and methodologies.

The three-day conference will be chaired by Fr George Menamparampil and Fr Martín Lasarte, both of the Missions department. Participants will discuss a number of themes, among them the following:

• The Mission Office and its director, with a special focus on Salesian spirituality and identity;

• Coordination between Mission Offices – the central theme of the meeting;

• The participation of the laity, also in positions of leadership, in the Mission Offices;

• the commitment of the Mission Office for the formation of Salesians;

• the relationship with benefactors;

• digital marketing, social media, collaboration in these fields and also through DBN;

• a glimpse of the future and its changes, to understand it and deal with it.

At the end of the last day, when all the reports are completed, and all group and assembly discussions ended, the Rector Major, Fr Ángel Fernández Artime, will give the closing address.