Pakistan – A letter on behalf of the cause of martyrdom of Akash Bashir, Salesian past pupil 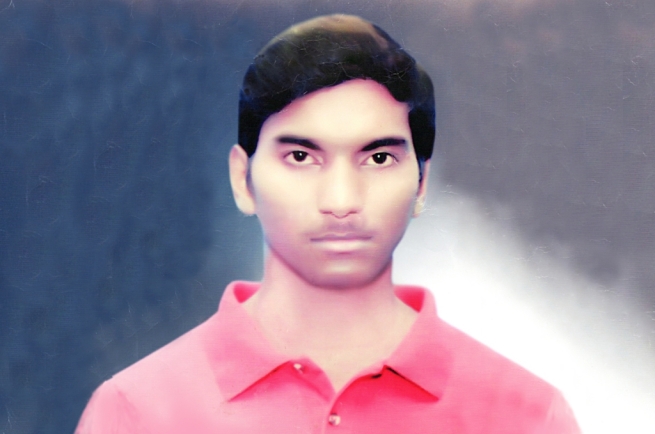 (ANS – Lahore) – With 450,000 Catholics, the archdiocese of Lahore is Pakistan’s largest. The city, sadly, is known for having been the location of various violent attacks: like the one at Easter 2016 that killed 78 people e wounded 300, most of them Christians; or like the double attacks of March 15, 2015, against Protestant and Catholic churches in the Youhannabad neighborhood. In that last case, a young Salesian past pupil, Akash Bashir, sacrificed his life to prevent a massacre of the faithful gathered in St. John’s Catholic Church. Now the vicar general of the archdiocese has asked that his cause as a martyr be opened.

The Youhannabad neighborhood is home of one of the largest Christian communities in Pakistan, founded in 1963 by Fr. Hennry, a Catholic priest. The neighborhood is the site of St. John’s Church, whose pastor is Fr. Francis Gulzar, who is also vicar general of the archdiocese. On January 6 he sent a letter to Archbishop Francis Shaw, OFM, “to request formally that the official process be undertaken to declare Akash Bashir a MARTYR, in recognition of his sacrifice on behalf of his community, the parish of Youhannabad.”

“I myself,” the letter continued, “witnessed the tragic suicide attempt carried out at my church, while Mass was being celebrated, with more than 2,500 faithful present, on March 15, 2015…. Akash Bashir, an 18-year-old boy, was one of the security personnel at the church entrance; with great courage he seized the kamikaze, even when that man had shown him his jacket, asking Akash to let him pass through. But Akash was so filled with love for his Church and the power of the Holy Spirit that he did not think of saving his own life. He continued to restrain the human bomb until the terrorist blew himself up. Akash was killed instantly, but he saved many of the faithful through this courageous act of love.”

“Even so, the attack caused the death of 20 people and wounded about another 80. But the slaughter would have been much greater if the attacker had succeeded in getting into the church.

“For this reason, I present the case of Mr. Akash Bashir, who sacrificed his own life to save all the faithful.… The Christian community of Youhannabad is proud of its young hero, Akash Bashir, and asks His Excellency to transmit our request to the Holy Father and the pertinent Congregation for his cause as a martyr.

“In our community we are praying for this purpose, for you, and for the whole Church of Pakistan,” the letter concludes.

Christians in Pakistan are a tiny minority – hardly 2% out of a population of about 190 million; still, the Church has plenty of life. Christians are mostly very poor, but their faith is rich. They are truly interested in the World of God, and they are a very committed laity.