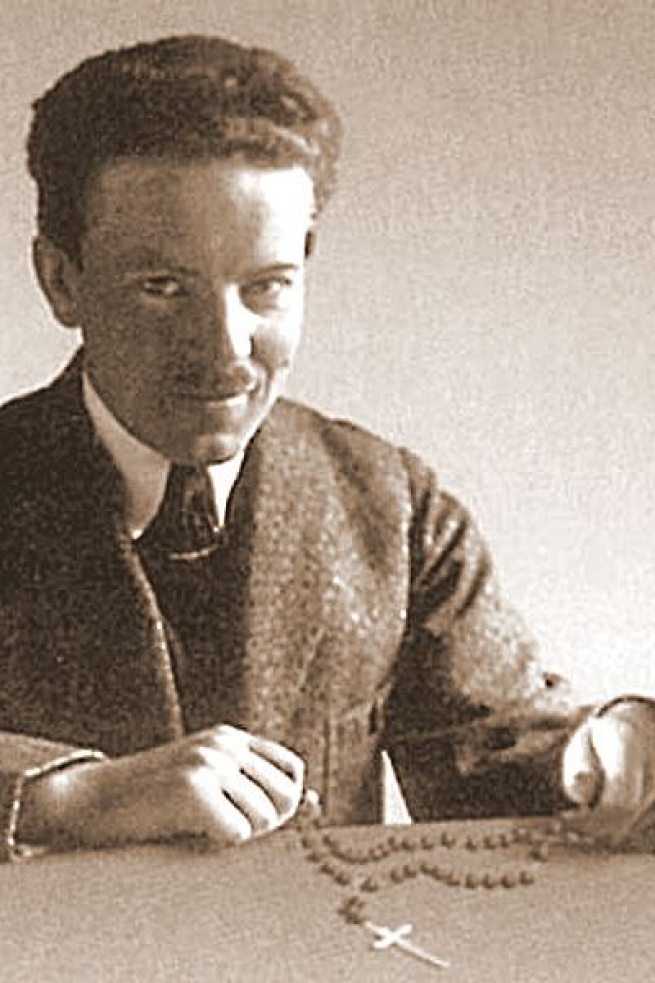 (ANS – Vatican City) – Among the decrees for which Pope Francis recently authorized the promulgation by the Congregation for the Causes of Saints, there is also the one concerning the heroic virtues of the Servant of God Mr Jan Tyranowski, a lay person, born on February 9th, 1901 and deceased on March 15th, 1947, spiritual guide of Karol Wojtiła when the future Pope and saint was discerning his vocation to the priesthood, at the Salesian parish of Cracow-Debniki. The new Venerable was an important figure of the Salesian reality in Cracow in very difficult times.

In February 1940 young Karol Wojtyła knew Mr Tyranowski at the Salesian parish, when he was taking part in the religious encounters of the youth promoted by the Salesians. It was precisely Mr Tyranowski who became for him a key person, a sort of mentor and educator, because after the detention and deportation to Auschwitz of the parish priest, Fr. Jan Świerc, and of other Salesians – who are all undergoing the inquiry for the cause of beatification – he was given the responsibility of the pastoral care of young men.

He, a young parishioner and a tailor by profession, distinguished himself for his gift of human equilibrium, piety, apostolic zeal. He created the “circles of the living Rosary”, of which Karol Wojtyla was also a member, and the future Pope later defined him “educator-theologian, apostle of the greatness of God, of the beauty of God”.

The diocesan inquiry of Mr Tyranowski was carried out at the episcopal curia of Cracow from 1997 to 2000. On November 16th, 2001, the Congregation for the Causes of Saints granted the canonical validity of the acts of the diocesan inquiry on the practice of heroic virtues.

The Vice-postulator of the Cause, Fr. Adam Nyk, SDB, elaborated the “Positio”, which was delivered to the Congregation for the Causes of Saint on October 3rd, 2011. Then, according to the usual procedure, there was the discussion on whether the Servant of God had practiced virtues to a heroic degree. With a positive result, there was the Peculiar Congress of Theologian Consultants and the Ordinary Session of Cardinal and Bishops.

His cause, that at first had been entrusted to the Postulation of the Causes of Saints of the Salesian Family, is now being followed by the Archdiocese of Cracow.

Today the mortal remains of Mr Tyranowski rest in the Salesian church of “St. Stanislaw Kostka” in Cracow-Dębniki, a few metres away from the chapel dedicated to Mary Help of Christians where St. John Pauli II often prayed.