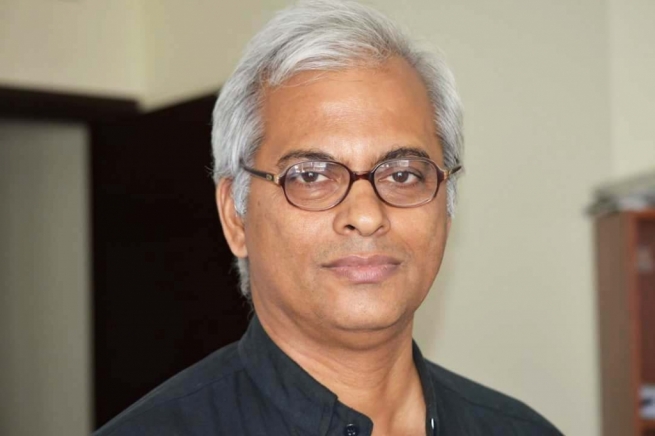 (ANS – New Delhi) – The “All India Catholic Union” (AICU), the largest lay Catholic organization in India, is calling on Prime Minister Narendra Modi to use his influence and that of his government to negotiate with the countries of the Middle East free Fr. Tom Uzhunnalil, kidnapped in Yemen on March 4, 2016. Meanwhile, in Kochi, also sixty tiny tots from Kochi, dressed as Infant Jesus, have written to prime minister Narendra Modi and sought his intervention for the early release of Father Tom.

The children of Kochi, aged between 4 and 5, belonging to the Sacred Heart church at Kumbalangi near Kochi, handed over the hand written letters in Hindi, English and Malayalam to Ernakulam MP, K V Thomas, who was present at the function.

The children were helped by their parents and church priests in writing the letters, church sources said. Thomas said he would be handing over the letters to prime minister as early as possible. "I am planning to go to Delhi on Tuesday night and try to get the prime minister's appointment either on Wednesday or Friday," he told PTI.

On the other hand, in the letter signed by the President, Lancy Da Cunha, AICU expresses the anguish of the Christian community over the long months of imprisonment undergone by the Salesian priest. Cunha says: “We ask for your personal intervention and assistance to ensure that he will return home as soon as possible and in complete safety. We hope and pray that you will support us”.

The lay association recognizes that “the surroundings are much more complex than other cases of kidnapping of Indians in Afghanistan. We appreciate the efforts made by the Government and others to the release Jesuit Father Alexis Premkumar, kidnapped in Afghanistan and released eight months later. Even Judith D'Souza, the Indian Catholic volunteer kidnapped in the same country, sometime later, was released.”

According to Catholics, “given the difficult situation in the region, we believe that the Government of India, with its enormous capacity of influence and good relations in many Middle Eastern countries, is best placed to ensure effective intervention for the release of Fr. Tom from his captivity.”

“We call - says the chairman in conclusion – to her and to his colleagues of the Ministry for Foreign Affairs to take all necessary measures to ensure his safety and freedom.”