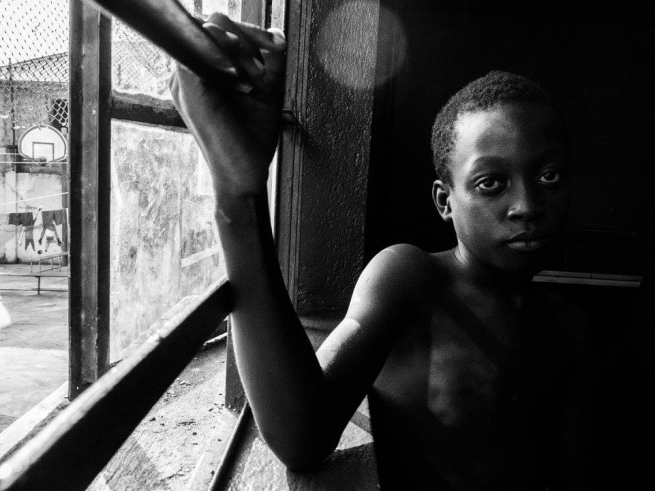 (ANS - Freetown) - The problem of street children, even after many years of efforts, continues to be a difficult issue to deal with, both by the Government and by institutions working for the protection of minors. Last December, 28 children who had been housed at the Salesian centre "Don Bosco Fambul" in Freetown, Sierra Leone, were happily welcomed back into their families. Following that, staff from the Salesian house went out to the streets looking for other vulnerable children and suggesting the Salesian rehabilitation programme to them.

The experience of the first intensive course - 3 month - for the rehabilitation of street children operated by the Don Bosco Fambul was a success. The 28 young people who participated are now happy in their own home and attending school. The holistic approach of rehabilitation, through loving kindness, reason and religion, has transformed these street children for the better and made them young people who are responsible for their lives and their future.

So, in January, 25 social workers took to the streets, the slums, and the markets, to reach street children, to identify the most vulnerable and invite them to a new quarterly programme (February to April 2017).

Many children were contacted and questionnaires were filled out, and at the beginning of February 30 street children were admitted to the residential program of Don Bosco Fambul. Priority was given to those most at risk: children, orphans, the sick, the weak, the ones who had spent longer on the street, and victims of physical, emotional and sexual abuse. The Department of Education has assigned each child to the most appropriate class, while the medical staff have made the necessary visits. Some illnesses were discovered and the necessary action taken.

listening sessions and counselling, group discussions, prayer, talks, sports, recreation ... these are all part of the rehabilitation process. The change is gradual and patience is needed. But the transformation has begun. Now it's a matter of time and openness on the part of the young people.

Unfortunately, the number of street children in Freetown continues to grow: extreme poverty, cruelty, abuse, lack of care in their families and the Ebola scourge which has left many children orphans, are some of the main reasons behind this increase.

Certainly, we have to work in a preventive perspective, involving parents, families, religious authorities, and educational policies.