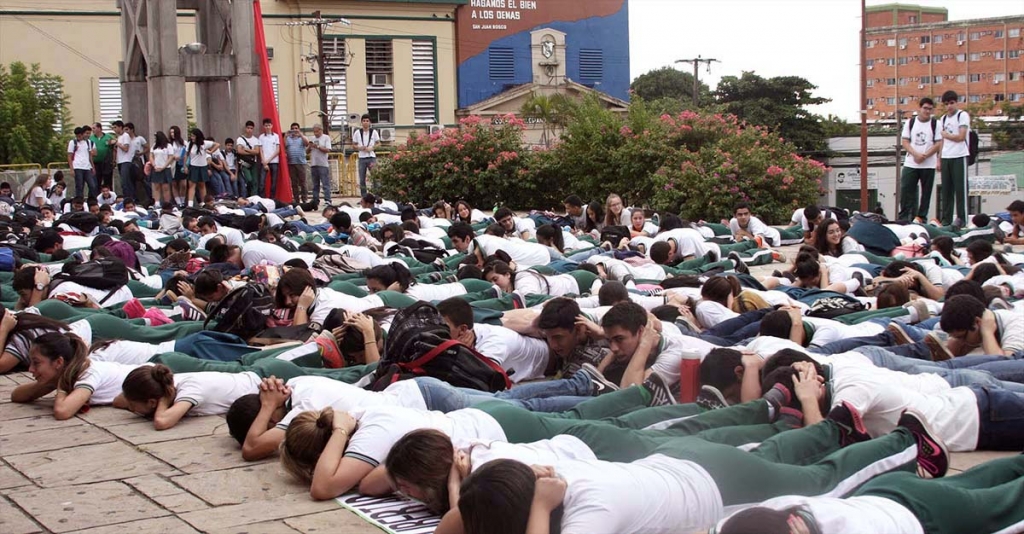 Asunción, Paraguay - April 6, 2017 - The students of various Salesian schools of Asunción joined the peaceful demonstrations against the amendment of the Constitution of Paraguay which aims to reconfirm the current government by allowing presidential re-election. The country is experiencing a serious social and political crisis. With this peaceful gesture, broadcast on ABC TV, the Salesian students also protest against the violence that broke out during the protests in recent days.