Vatican – Progress in the cause of the Servant of God Fr Elia Comini, SDB 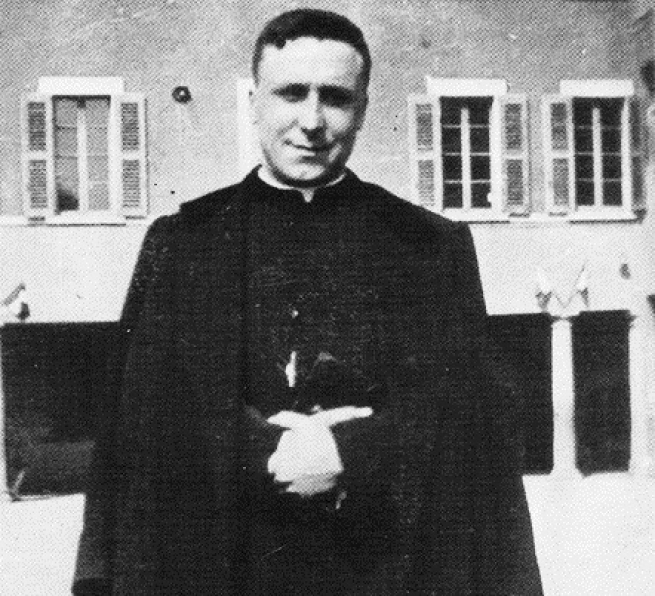 (ANS - Vatican City) - On 4 April 2017, during the Special Meeting of Theological Consultors to the Congregation for the Causes of Saints, a positive opinion was given, with nine affirmative votes, about the reputation of sanctity and the exercise of heroic virtue of the Servant of God Fr Elia Comini (1910-1944), of the Society of St Francis de Sales.

Elia Comini was born on 7 May 1910 in Calvenzano, in the province of Bologna. His parents were Claudio and Emma Limoni. He attended the Salesian school in Finale Emilia, where Elia asked to become a Salesian. After his novitiate in Castel de'Britti, he made his first religious profession in 1926. His father died that same year and the archpriest of Salvaro (also in the province of Bologna), Msgr Fidenzio Mellini, who had known Don Bosco, became a second father to him. He completed his studies at Valsalice in Turin and later graduated in Literature at the State University of Milan. He was ordained priest on 16 March 1935,

Fr Comini was a priest and teacher, apostle and educator of young people in the Salesian schools in Chiari and Treviglio. He embodied the pastoral charity of Don Bosco and the Salesian traits of loving-kindness which he shared with the young people through his affable character with his kindness and smile.

In the summer of 1944 he returned to Salvaro to assist his elderly mother and help Msgr Mellini. The area was the epicentre of the war between the allied forces, partisans and Nazis. Fr Elia was always close to the people and especially the displaced persons in the area. He was always available for confessions, zealous in preaching, and well able to use his skill as a musician to enliven various functions. Together with an SCJ Priest, Fr Martin Capelli, he visited and helped refugees and men on the run, gave medication to  the wounded, buried the dead, and consoled the people, often at the risk of their own lives.

On 29 September 1944, he was arrested with Fr Capelli while they were on their way to Creda (Grizzana), where 69 people were about to be massacred. The SS considered them spies and mistreated them, using them as beasts of burden for the transport of ammunition, forcing them to climb up and down the mountain several times. Attempts to rescue the two priests proved useless because Fr Comini said, "either all or none."

On Sunday 1st October 1944, along with 44 other men, he was killed by the Nazis in the reservoir of the factory of Industrie Canapiere Italian.