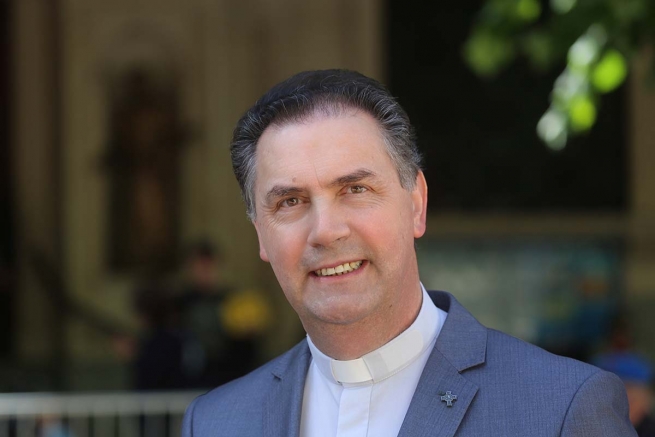 (ANS - Rome) – Tomorrow, 1 June, the Animation Visit of Rector Major, Don Ángel Fernández Artime, to Lombardy-Emilia-Romagna (ILE) begins. Until next Sunday the X Successor of Don Bosco, accompanied by his secretary, Don Horacio López, will be moving between Bologna and Milan to encourage young people, clergy and educators to continue their Salesian-style service to the neediest of children.

As a true successor to Don Bosco, Don Á.F. Artime will start his visit tomorrow morning by meeting some of the most needy young people: unaccompanied foreign minors and children in difficulty being hosted at the Salesian Professional Training Center of Castel de' Britti, near Bologna. The day will continue with a visit to the "Blessed Virgin of St. Luke", a meeting with the Council of the ILE Province, and an evening of fraternity with the Salesians and the Daughters of Mary Help of Christians (FMA) of Bologna and Emilia Romagna.

Scheduled for 2 June, Republic Day in Italy: a meeting with Salesians in initial formation and in the feasts of the Quinquennium of the entire Province; this will be followed by the Eucharist in the crypt of the "Sacred Heart" Basilica, after which, in the afternoon, there will be meeting with the Salesian Family of Emilia Romagna and San Marino at the Teatro Galliera.

Moving to Milan on the evening of 2 June, the Rector Major will meet and converse with some students of the Salesian schools and centers of Lombardy on Saturday, 3 June;  in the afternoon, there will be the traditional meeting with all the Salesians of the Province, an event that has become a set routine for each of the Rector Major's animation visits.

Finally, on the last day, there will still be time for a meeting with the Salesian Family of Lombardy and Canton Ticino (Switzerland), Sunday Mass at the church dedicated to Saint Augustine; after lunch, a meeting with the youth of the Consul of the Salesian Youth Movement of Lombardy and Emilia Romagna, and with a group of children preparing for their pilgrimage to the Holy Land scheduled for next August.