RMG - Don Ivo Coelho: "a director must have the same heart as Don Bosco: he must be the father of everyone" 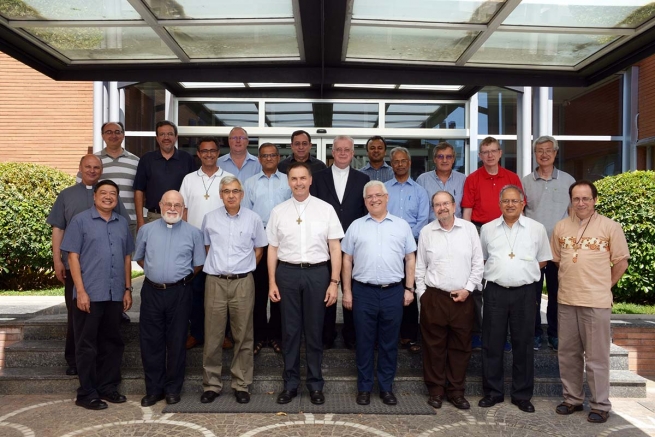 (ANS - Rome) - The second global meeting to revise the “Salesian Director's Manual” is under way at the Salesian General House. Don Ivo Coelho, General Councilor for Training, along with Salesians from all over the world, reflects on the figure of the Salesian Director.

What is the challenge of this meeting?

Mainly it is to proceed according to what the General Chapter demands, that is: to rethink the figure of the Director. The meeting wants to reason and interpret what the confreres have said, and it is a path of reflection that will help the Congregation.

What has to change from what is the Director's current role?

It is clear that the Salesian Director is not only a Salesian of the religious community: he is also the Director of the Educational-Pastoral Community (CEP), why the Rector Major's strong insistence on working with lay people. The questions that arise from the meeting are about how the Director should be the leader of the religious community and of the CEP, and what is the nature of his presence in the CEP.

What is the current situation?

We are aware of the generational change; young people change, Salesian youths change. The digital change is not just technological, but cultural, and regards the life of our community and the relationship of our confraternity.

In the revision of the Salesian Director's Manual, are we returning to the idea of ​​Don Bosco?

Don Bosco was stimulated by the mission, from young people in difficulty, but he did not work alone; he worked with many lay people. It is true that in thinking of a manual for the Director, we are thinking of guidance material, but at the same time we are returning to the practice of our father, Don Bosco, and we ask ourselves: what did the Don Bosco community itself want? How did they wish the figure of the Director to be?

So how did Don Bosco imagine the Director?

Today, when the Director is to care for the religious community, to guide the CEP, to organize works ... For sure, he cannot be a "superman" who manages everything, but rather a Salesian with the heart of a father. A director must have the same heart as Don Bosco: he must be the father of everyone. This is the big change. The community is fundamental. We clergy refer to the Trinitarian God, which is community. We cannot think that the mission is to work; our mission is to bear the love of God in a community.