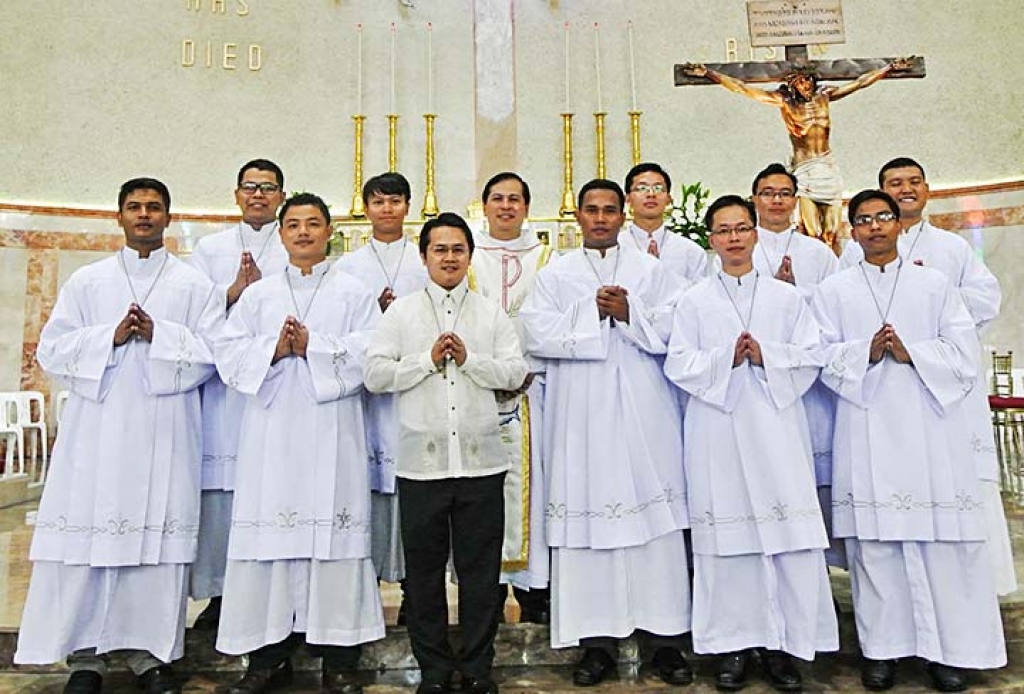 Paranaque City, Philippines - May 2017 – on 31 May, the Perpetual Professions of 11 Salesians (10 clerics and a Co-Salesite) took place at the National Sanctuary of Mary Help of Christians. The Eucharist was presided over by Fr Paul Bicomong, Superior of the North Philippine Province, and concelebrated by don Charles Saw Thi Han Lwin, Superior of the Pre-Province of Myanmar, and don Honesto Geronimo, Vicar of the South Philippines Province.