Italy - The role of oratories today 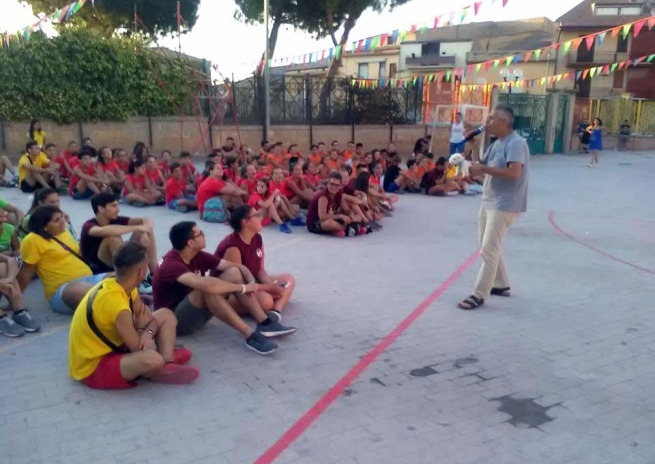 (ANS - Catania) - During the afternoons of so many kids today, digital devices have replaced the physical locations of meeting and gettting together. Several observers comment that there are fewer outdoor games today, fewer socialization opportunities ... In this context, the oratories have also changed, but their service continues to be precious, reiterates Fr Domenico Luvarà, Delegate of the Youth Ministry of the Sicilian Province (ISI).

"Even the Salesians have had to adapt to the current dynamics and dimensions, so much so that we have had to bring consoles and table soccer inside the oratories to retain appeal and attraction,” says the religious. “The configuration of the Salesian communities varies and is determined by the type of service rendered in the neighborhood where each community operates."

Are oratories still an expression of aggregation, recreation, evangelization, catechesis and social promotion?

Yes, especially in neighborhoods where there is a strong need for assistance and support. Salesian communities have always paid close attention to these forms of poverty and now extend their service to the new poor: from those who have lost their jobs or their families to immigrants, guiding them along a path of integration. In short, the oratory has opened to the needs of everyone and this is one of the strengths that has attracted both children and their families.

What is the most significant transformation that has affected the evolution of oratories?

Having changed from aggregation sites to service delivery centers. From food banks to medical care, to the payment of basic utilities when needed: whoever lives in the oratory is aware of being able to rely on someone's help, especially as there is a strong sense of solidarity among community members.

Behind the mutual aid is there a numerical crisis?

The context in which oratories are working is far from implosion; on the contrary. Young people are offering their help in a genuine, free, spontaneous and disinterested manner. In short, the Salesian charism involves many young people who, through solidarity, experience being part of a group: young people are at the center of our work which consists of an education that starts from the bottom and follows an evolutionary process, like Don Bosco teaches; indeed, the oratories feel the need to broaden their offerings in relation to today's demands and requests.