Chile - Cardinal Ezzati: "The Pope comes as a pastor, not as a politician" 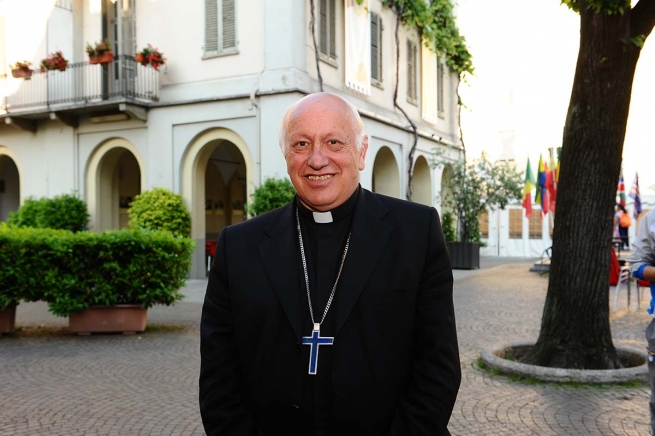 (ANS - Santiago) - Thirty years after the meeting with John Paul II, archbishop of Santiago, Card. Ricardo Ezzati, SDB, is about to receive Pope Francis this next January.

Is it possible to compare the impact that John Paul II had with Pope Francis' forthcoming visit?

The view of people in relation to the Pope has changed: from a picture of sacredness his figure has become closer, more human ... I think it is good thing: the Pope is a human person who has a very special task as well as a prophetic dimension for many aspects of human life.

Why is the Pope's visit to Chile important at this time, in this new national context?

The Pope is called to guide the people of God with wisdom and mercy. The context is, of course, a dimension that cannot be ignored; rather, it constitutes the starting point of a challenge and a methodology of personal and communal guidance that is permanent, enacted in the light of the Gospel ... I am assisted by the certainty that his word will offer us evangelical criteria for the good progress of Chile.

What questions will the Pope find in the church of Chile? Many comment that there is a decrease in the number of faithful and the lack of priestly vocations ...

The phenomenon is complex and requires a responsible reflection to determine its causes. We can realistically recognize that the percentage of Catholics and believers in general have declined significantly, especially in the last 4 decades ... Other phenomena are more local: including, undoubtedly, the terrible evil of clerical abuse, which has shocked many people and left many people out of Christian practice, creating a climate of mistrust and undermining the credibility of the Church. The shortage of vocations to the ministry of priesthood and consecrated life has been, and is, also a challenge of great proportions. However, it would be unfair to reduce the life of the Church in Chile to such aspects only.

So which Church will the Pope find in Chile?

He will find a living, present and active Church in many fields of the evangelizing mission that seeks to go out to the new "peripheries", to parishes and chapels, schools, colleges and vocational training centers, and in the thousands of initiatives to serve the elderly, the abandoned, the marginalized, the excluded who are in prisons or in homes for minors and to the many migrants the church accompanies and supports.