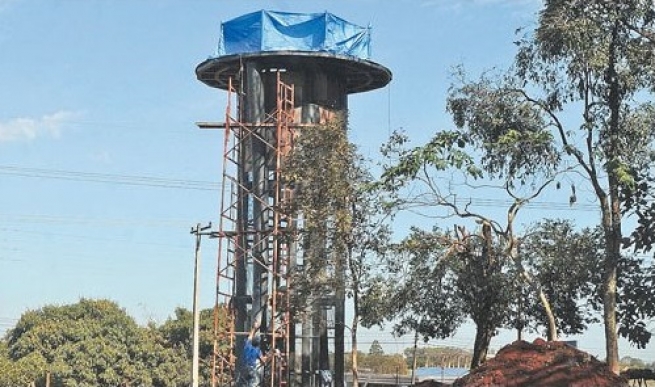 (ANS - Minga Guazú) - Minga Guazú is a particular name: "Guazú" comes from the Guaraní language and means "large or great", while "Minga" comes from Quechua and means "solidarity work". Today it is a city that emerged, in fact, from work of great solidarity in a wooded area near Ciudad del Este. One of the main promoters of its development was Salesian Fr Guido Coronel who designed the city, its network of roads, water supply and electricity; he had the local hospital and police station built and became the city's first governor. But his most important work was of another nature: he shared and spread his devotion to Mary Help of Christians, so much so that today a colossal sculpture in her honor is under construction.

The city was founded as a colony on May 14, 1958, but in 1990 it was renamed Minga Guazu. In this locality, of circa 84,000 people, the Salesians carry out a very extensive pastoral activity: they animate the Mary Help of Christians parish, which consists of 72 worship centers and 73 chapels, plus 2 schools, a vocational training center for poor young people and 3 oratories.

Salesian spirituality in Minga Guazú is so rooted that Mary Help of Christians has been named the city's patron, and May 24 is an official civic holiday.

For this reason, a statue of metal and stainless steel is currently under construction in honor of the "Madonna of Don Bosco."

"A dozen people are currently working there. It will have an access, via staircase, which will also allow you to enjoy a lookout point, and all the works of embellishment of the surrounding environment will be completed. It will be unique in its kind, "said Engineer Hugo Colmán, engaged in the work regarding the statue.

The statue will be erected near the parish, which is also dedicated to Mary Help of Christians. Begun as a simple chapel, it was elevated to parish on 20 August 20, 1966, by Msgr. Juan Wiesen, and Fr. Coronel himself was its parish priest for 24 years, from 1966 until his death.