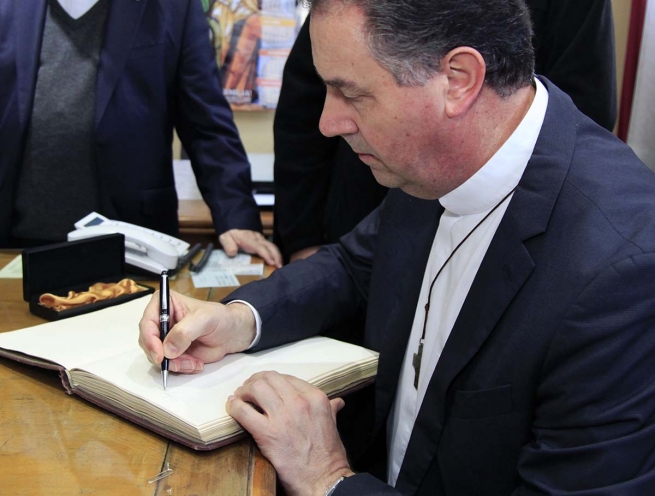 (ANS - Rome) - A moment of information, sharing, and community: as usual at the end of a General Council plenary session, the Rector Major, Fr Ángel Fernández Artime, described the work done in the past few weeks to the Salesians of the General House.

Many of these nominees had already reached Rome to meet with the Rector Major, his Vicar and various Councilors and received guidelines for the sessions of government and animation that awaits them.

Another important part of the work was the study of the numerous Extraordinary Visits by General Councilors - with at least one report submitted for each of them and in some cases, two.

Finally, a specific topic, worthy of great attention, was the reconstruction plan of the Salesian Provinces at a global level, which required the examination of every single Provincial, Vice Province and Delegation of the Congregation.

In conclusion, Fr Á.F. Artime underlined the climate of “communion”, “loyalty”, and frankness among the members of the Council, and thanked the Salesian and lay personnel of the General House for the services and support offered, ordinarily given and especially at Plenary sessions.