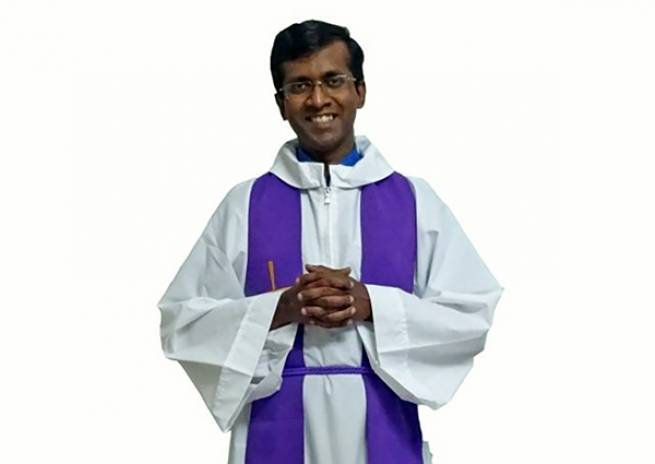 Missionaries of Mercy have been sent forth by the Holy See through the world 'to be a living sign of the Father's welcome to all those in search of His forgiveness,' and perform other charitable acts of Mercy.

The Missionaries will serve in their own diocese but may be invited by other Bishops to give missions or carry out specific initiatives organized for the Jubilee, with a particular attention given to the Sacrament of Reconciliation. The Holy Father has granted these Missionaries, "authority to pardon even those sins reserved to the Holy See," the Pope wrote in Misericordiae Vultus (The Face of Mercy), the document officially proclaiming the Holy Year.

Fr Cruz wanted to offer himself as a Missionary of Mercy, in response to the appeal of the Pontifical Council for New Evangelization, which is organizing the Jubilee. Later his candidacy was endorsed by his superior, Father Godfrey D'Souza, Provincial in Mumbai and Cardinal Oswald Gracias, Archbishop of Mumbai.

Various events were organized for the Missionaries who had congregated in Rome for this appointment. For example, the Missionaries of Mercy walked in procession carrying the cross into Saint Peter's Basilica through the Holy Door. They venerated the relics of Saint Padre Pio and Saint Leopold- saints known for their miracles and for sitting for hours hearing confessions.

Fr Cruz also held on every word Pope Francis spoke about, “the maternal nature of the Church and the need of it in the confessional.” The Pope also gave the Missionaries of Mercy present, practical tips on being more understanding and spoke about, "The Blanket of Mercy with which the confessor covers the shame."

He has already spoken to Cardinal Oswald Gracias about his availability for the Archdiocese of Mumbai. He has also planned a series of activities for the catholic students of Don Bosco Centre for Learning, Kurla, where he is based. These include pilgrimages, confessions, a youth retreat and the mercy band.

He will be also helping Don Bosco Youth Services with retreats like the forthcoming 'Youth Pasch'. The Holy Cross Parish, Kurla has asked the newly appointed Missionary of Mercy to conduct the 'Passo Service' in marathi for two Sundays. Father Cruz has additionally launched the 'Face of Mercy' group and page on Facebook which is reaching out to many.