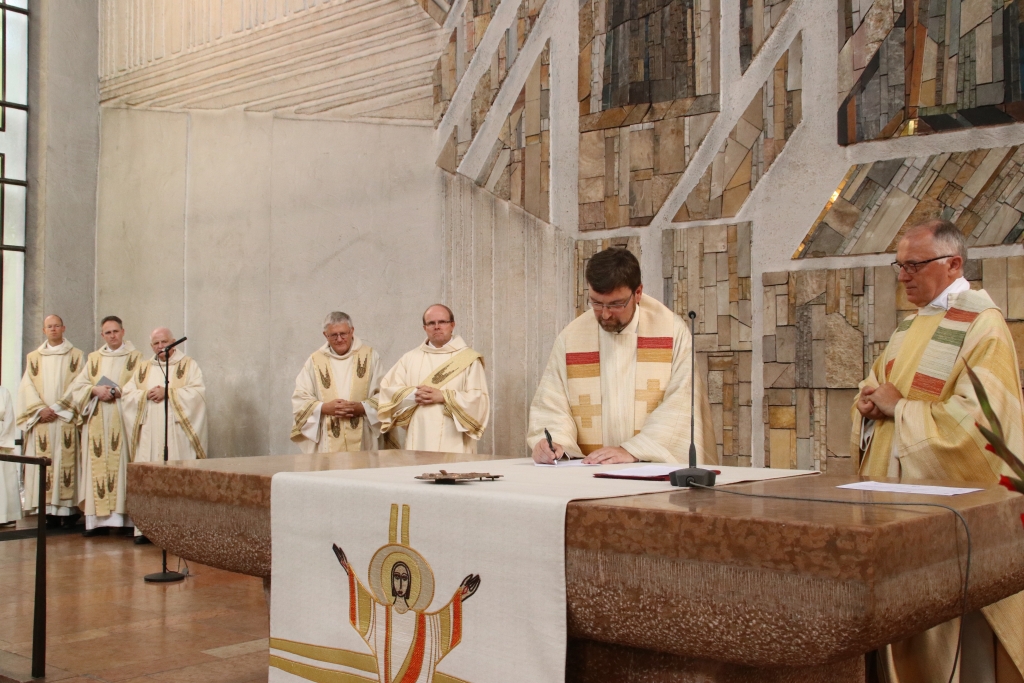 Munich, Germany - August 15, 2017 - The new Provincial of the German Province, Fr. Reinhard Gesing, officially took office on August 15th. The ceremony took place during the Eucharist in the Solemnity of the Assumption of Mary, and was presided over by Fr. Tadeusz Rozmus, Councilor for Central and North Europe Region, as representative of the Rector Major.