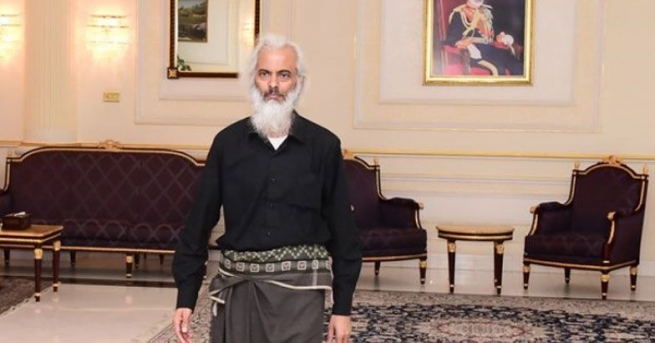 Originally from the Indian state of Kerala, Fr Uzhunnalil, now 59, had been in Yemen four years at the time of his abduction, serving in the Salesian mission initiated by his uncle, Fr Matthew Uzhunnalil.

The news of his release spread rapidly worldwide and excited great joy among those who had been waiting months for this day. "I'm overwhelmed [with joy] for this good news," sr. Mery Prema said to AsiaNews. The Superior General of the Missionaries of Charity, whose sisters in Aden had Fr Tom as their chaplain, sr Mery added, "And praise God for His mercy. We never abandoned the hope that one day Fr Tom would be released. His photograph is attached to Mother Teresa's tomb. The sisters, the poor and the people prayed every day for his liberation. We give glory to God and thank all those who prayed and worked untiringly for the release of Fr Tom."

"First of all, we express our deepest gratitude to God for the happy conclusion of this affair," said Mgr. Thedore Mascarenhas, Secretary General of the Episcopal Conference of India, to the Fides news agency.

"On behalf of the Indian bishops who have spent so much for the liberation of their fellow countrymen, beginning with the President of the Bishops Conference, Cardinal Baselios Cleemis Thottunkal," said Mgr. Mascarenhas who wished to thank the Indian government, "for making every effort for the liberation of Fr Tom," and especially Prime Minister Narendra Modi, and Foreign Minister Sushma Swaraj; Pope Francis, "who has used all his influence"; the Apostolic Vicar of Southern Arabia, Msgr. Paul Hinder, with whom the Indian bishops were throughout the ordeal "in constant contact"; the Rector Major and the Salesian Provincial of Bangalore, "for their patience and for their deepest faith.