Italy - Cultivating the Art of Dreaming. The mission of a Salesian educator 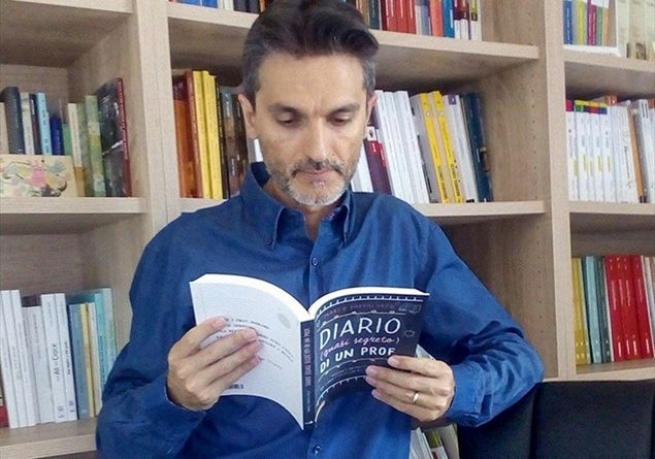 (ANS - Catania) - "When a group of teachers gets together, for sure they're  speaking ill of their students ... That's why I avoid them. At recess, I prefer staying with the kids, living the Salesian dimension of the playground, the hallways. You get to know about students in a different way compared to when you're in front of them in the classroom." Pronouncing these words is Marco Pappalardo, a 41-year-old teacher of Literature and educator from Catania, who grew up in the Salesian Youth Movement (SYM).

His teaching experience began in 2001. "I had just graduated. The opportunity came from a private institute of nuns who at that time had a group of boys entrusted to them by the Juvenile Court, so they needed a male figure. It was a beautiful adventure both from an educational point of view and from a human point of view.

From the very beginning, I tried to bring everything I had experienced in the Salesian world to school, the idea of bonding, building relationships with these boys. During those years, I had really become everything for them, perhaps the only one who really called them by names."

Marco then went to the Salesian high school in Catania. "I found myself with students of a completely different condition, economically well-off, but maybe with a thousand other problems. It meant doing a complete reset, even from a didactic point of view. But it was another wonderful challenge."

Don Bosco remains a valid model for an educator, for his "invitation to be among children" and "what he called the word to the ear, the personal word spoken at the right moment, without the fear of a personal educational relationship besides the one with the class."

Recently he has embarked on the new path of teaching in a state school, "where I see that underlying address: 'everyone, no one excluded', of which the Synod on Youth also speaks."

Of which he says, "Many are disillusioned. As are also too many teachers. The orientation towards efficiency and towards results leads to being satisfied with that minimum standard, a passing grade. Even parents often fall into this trap, forgetting that the real question to a professor should be: 'How is my child doing in school?'"

But there can be a solution, and it is also typically Salesian: the ability to dream. "Cultivating dreams teaches you to aspire to something great to understand even small things. I, too, continue to dream. It helps one grow. And it makes you find a meaning in Italian, in history, in geography."