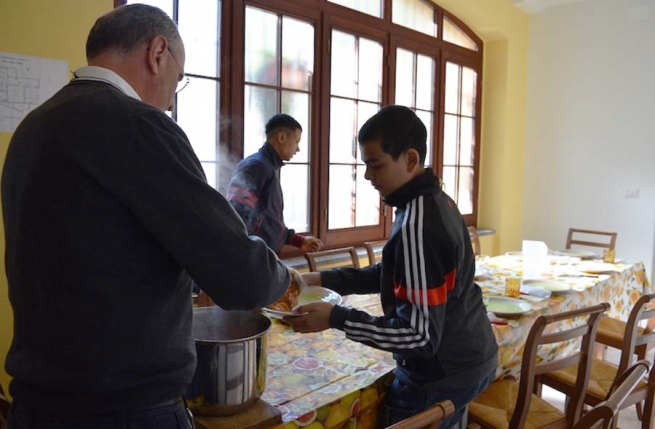 (ANS - Rome) - Contrasting children's educational poverty in Italy by promoting a better quality of life for young people: this is the mission that for 24 years has inspired the work of the “Salesians for Social Welfare”, or SCS/CNOS Federation. In 2016 there were approximately 9,000 children in difficulty who were, on a daily basis, offered some of 163 services activated throughout Italy. These and other data are cited on the 2016 Activity Report now available on the website: www.salesianperilsociale.it.

The primary recipients of this support are minors and young people who are in situations of social vulnerability, including those from the child protection system. For them, 163 differentiated services have been activated in: family child care homes/community housing (civil and penal sectors), daycare centers for academic support, groups for young people aged 18 and over, foster parents networks.

"From the data gathered and presented in this report," says Fr Giovanni d'Andrea, SCS/CNOS President, "what emerges is an economic poverty that only serves as a locomotive of other types of poverty and can lead to an inner death. Our role is to put young people, especially the poorest, at the heart of the cultural and social debate and to be their voice."

2016 was also a year in which the migratory phenomenon deeply involved the Salesians. For unaccompanied foreign minors, 58 projects were activated, including first- and second-level reception centers, Italian language courses, job placement, legal assistance, and more - services that reached 4,068 young people. This involved not only welcoming, but also accompanying and cultural inclusion that favored processes of inter-religious dialogue.

Encouraging numbers also for the National Civil Service with the Salesians, which involved over a 1,000 volunteers in 370 locations throughout Italy, and in 41 locations abroad, committed to benefiting 43,082 people altogether.

Strengthened, too, the networks the Salesians for Social Welfare established with a number of European partners working in the field of education and youth vocational training, such as Educ Europe, AFFY (Action for Family and Youth), Don Bosco YouthNet (DBYN) and Don Bosco International (DBI).

But there is more than just numbers. "Behind Salesians for Social Welfare," says Fr d'Andrea, "there are the innumerable stories of people, of their lives, of their choices to continue the work that Don Bosco began over 150 years ago: taking care of young people 'especially the poorest'."