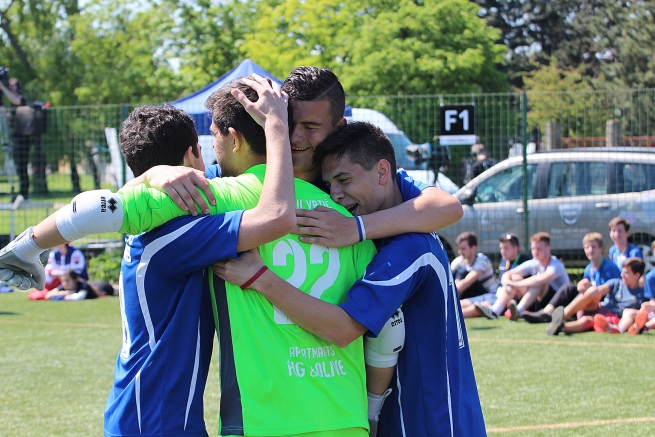 (ANS - Ferrara) - "Since the Oratory was the first of Don Bosco's initiatives, and the kind of initiative on which all the others are modeled, this combination of "catechesis and play" has been passed on to almost all the Salesian works. There is not even one Salesian school that does not, at least as a complementary activity, have recreational and sporting activities." Thus wrote Fr Juan E. Vecchi, VIII Successor of Don Bosco, in describing the Salesian's inherent attention to the world of sports. Attention from which sports teams, minor league and Serie A teams, amateur and pro players, emerged and came into being.

In the second half of 1800, there was a small college in Ferrara run by Monsignor Baldi, which he wished to entrust to Don Bosco and the Salesians. In 1899, the festive oratory opened, and attracted many young people; for them, in 1908, Fr Acerbis founded a religious-cultural circle named "Ars et Labor", which focused at children of the lower social classes. In a short time, to theater, sports was added, and so, the circle expanded in 1910.

As sports prevailed over other sectors, it was decided to separate it from the other activities; in 1912, the “Polisportiva Ars et Labor” was established. Football was still not being played, but children enjoyed themselves with Athletics and Cycling. The Salesian imprint was, however, clear: the team colors adopted were white and blue, those of the coat of arms of the Congregation.

The football section was established in 1912, and on June 16, 1919, the team played the first official match with the name "Spal" (“Società Polisportiva Ars et Labor”). The following year, the team was already playing in Serie A – Italy's top class series - where it played for several seasons over the decades until its return to the top this 2017-2018 championship: a success obtained with an ancient, and typically Salesian, recipe: to focus on the young, with its sports center that welcomes 400 children, and the “Primavera”, or Spring, team.

But this year's football season also offers fans another example of Salesian success: the young player, Roberto Inglese, a striker who plays professional soccer with Chievo Verona, a team of the Italian province which, somehow, manages to compete with the great powers of Serie A. The young man first began to play his first games in the PGS "Vigor Don Bosco" of Vasto, where he is still remembered with great affection, and where he gladly returns to visit, grateful for the education he received through the years beyond just the athletic.