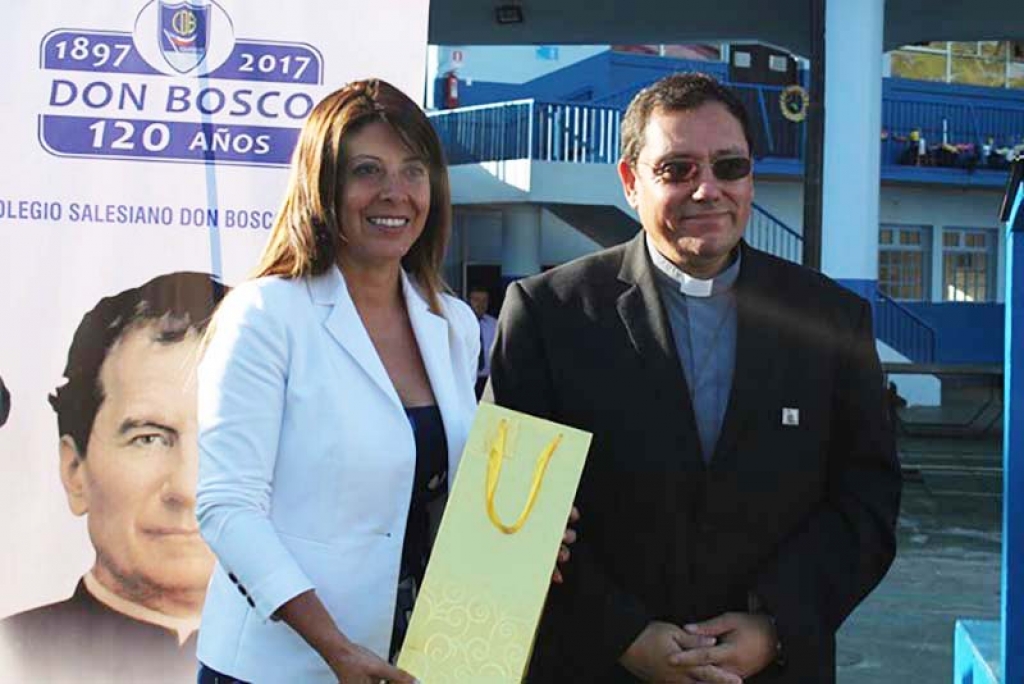 Iquique, Chile - December 2017 - On 12 December, the Regional Government of Chile, via Claudia Rojas Campos, publicly conferred an award for the 120 years of activity of the "Don Bosco" Salesian Institute in Iquique, Tarapacá region. The ceremony took place in the main courtyard of the Salesian center, and was attended by members of the Salesian educational community and its director, Fr Miguel Ramírez Barrios, who accepted the award.