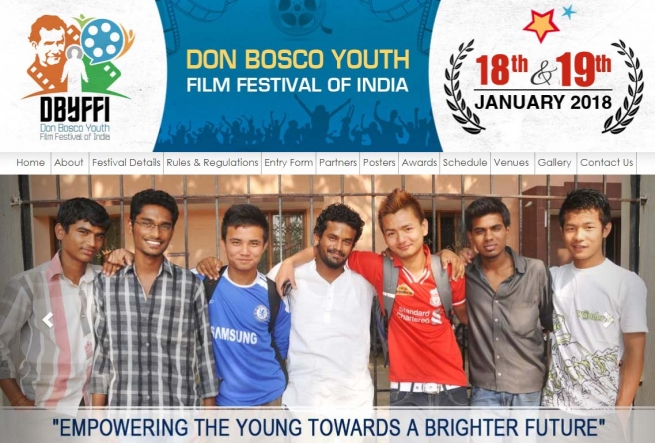 (ANS – Mumbai) – Short films carve out a space for voices often quelled in the world of big-budget blockbusters! It's these voices that the organisers of the Don Bosco Youth Film Festival of India (DBYFFI), Boscom South Asia seek to amplify when the third edition of DBYFFI under the banner of 'Youth for Life' is conducted on January 18 and 19.

Nearly 100 venues across 20 states in India will screen 34 short films that have been meticulously selected by a panel of experts from amongst hundreds of submissions. The themes treated in the short films focus on eco awareness, respect for parents and teachers, alcoholism, social media addiction, teenage problems, peer group pressure, social responsibility, sense of God, ethics of relationships, friendship, hard work, creativity and oppression amongst others.

The various categories for the festival include drama, animation, inspirational, comedy, bio-drama, animation and live action, and biopic animation. Titles like ''Class of rowdies'', which focuses on the plight of a young teacher who meets a class of rowdy students, or ''The right decision'', a film that stresses on the values of education and hard work, will feature prominently among titles like, ''Thank you teacher'', ''Teenage love'', ''Study hard'', ''A cup of positivity'' and ''Happiness''.

The films to be screened have been directed and produced in countries like the US, Australia, Netherlands, United Kingdom, Ireland, Belgium, Singapore, South Africa, France, Germany, Malaysia, UAE and India. The shorts range from one minute to 19 minute productions and seek to stress on messages that would lead to a better world.

The name Don Bosco is synonymous with youth and in tune with the vision of its founder, DBYFFI seeks to re-launch and rekindle positivity into the personal realms of youth and society at large. Youth, today, are engaged so intensely with the visual media, rather than listening to eloquent discourses and their hearts are ever-so-receptive to film, hence DBYFFI is a unique tool to talk to the youth in the language and setting that they connect with so easily.

''Under a short time, we are back again to unite under the banner of our founder for the third season of Don Bosco Youth Film Festival of India. This is indeed a unique event that is uniting Salesian presence across pan-India in collaboration with Government Colleges and Secular Institutions. This is a wonderful opportunity given to Boscom South Asia (Don Bosco Communications) to glorify the name of Don Bosco and to meaningfully celebrate our cause for the young through the screening of these short films, the festival includes film screenings, and discussions with the youth, with a host of Film Directors participating across India. I would like to thank my Social Communication Delegates from all the Indian Provinces who work to make this Film Festival a grand success,'' Father Joaquim Fernandes SDB, Delegate, Boscom South Asia, said.