Paraguay - Mgr. Gabriel Escobar, SDB: "The deterioration of public life ... which is slowly destroying young people and children continues to worry us" 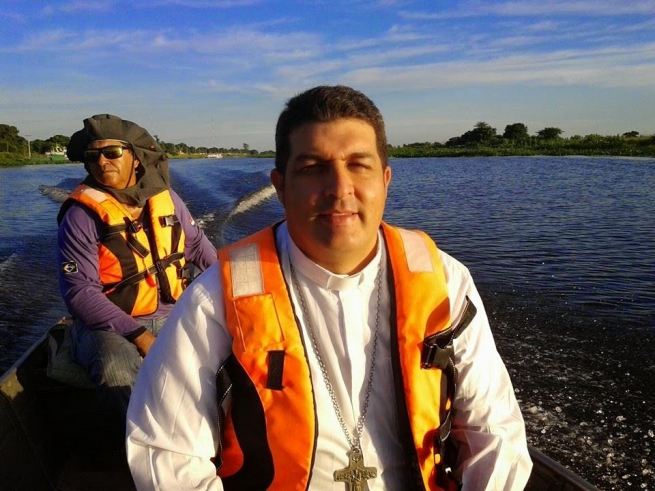 (ANS - Fuerte Olimpo) - "Latin America has the highest concentration of land ownership in the world. Inequality in rural areas multiplies the inequality of urban centers, extremely segregating to agricultural and indigenous populations. Paraguay is a paradigmatic case of expansion of the latifundium and high concentration of agricultural businesses that discriminate, exclude and ill-treat thousands of rural workers," wrote Fr Frayssine. Faced with this situation, the Bishop of the Apostolic Vicariate of Chaco Paraguayo, Salesian Msgr. Gabriel Narciso Escobar Ayala, and the missionaries of Chaco Paraguayo, denounce "the abandonment by the State."

It is a worrying situation for the area's inhabitants: "We are wounded and worried by the serious gravity of the crisis of public and private morals, of political life and of judicial administration, of the situation of social and economic injustice of the population" wrote the religious in a statement.

The fragility of the institutions entails serious deficiencies at various levels: the regional hospital, which covers an area of ​​hundreds of square kilometers, inhabited by about 16,000 people, has inadequate operating rooms and insufficient staff; water is scarce; the weak infrastructures leave entire areas isolated during the rainy season and frequent electrical blackouts; drugs proliferate among young people and children; the earth is sacked, with the complicity of some public institutions.

For these injustices, it says in the statement, "we express our concern and denounce the situation in which the inhabitants of Alto Paraguay and the district of P.to Pinasco find themselves."

For the communiqué's signatories, one of the most alarming problems is the moral harm to adolescents and young people living alongside the "sale and consumption of drugs, activities favoured and covered by adults, which in our villages have become the daily bread and have already cost innocent lives. Why we ask for a greater commitment and a mutual effort among all institutions ... to fight and prevent this scourge that little by little is destroying young people and children in these areas."

With the communiqué, moreover, the request that the State and governmental institutions create a country that lives its values; for their part, the signatories renew their "commitment, as missionaries, to continue to educate civic values, Christians and as citizens, in families, in educational institutions, via community radios, in parish spaces, youth groups, colonies, centers and neighborhoods."