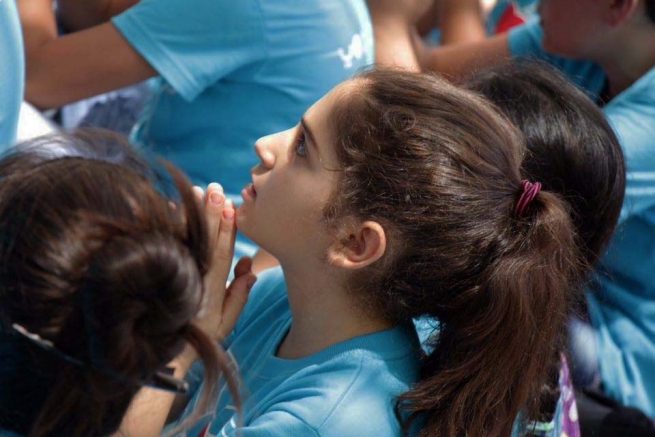 (ANS - Damascus) - The Salesian oratory in Damascus has entered its fourth week of forced closure: a totally unnatural condition for a place dedicated to socializing and educating young people, but necessary for the dangers that run in the city. Many are the Syrians who have fled during these past seven years of war and this haemorrhage of the local population and forces continues to this day. From the Salesian center in the Syrian capital the center's Director shares a new, bitter letter.

Dear brothers and sisters, I write to you always from Syria. I am Fr Mounir Hanachi, Director of the Salesian community in Damascus. I am writing to you these days full of death and suffering for the Syrian people, who are suffering for the war.

By now we are about to start the eighth year of this fierce war, which has caused so many deaths and displaced persons inside and outside Syria. Dear Brothers, death continues in Damascus in these past weeks after the powerful assault of the Syrian national army to free the Eastern Ghouta, area inhabited by rebels for over 5 years. The capital has suffered so much in these years by mortar fire and missiles that came over the schools and over the houses, and caused so many deaths of innocent children and civilians. We Salesians have suffered a lot for this and we have been forced several times to close the doors of our oratory and youth center before more than 1,200 young people and children who try to come to our center to find a place of serenity and peace.

In recent weeks the war in Eastern Ghouta has intensified. This is the fourth week of the closing of the Salesian oratory, and the children are closed inside their homes, the schools closed and life in the capital semi-paralyzed.

In recent years we have lost so many families and so many young people who have gone out of Syria seeking refuge abroad, and now the families that did remain are also beginning to look for ways out of Syria.

I invite all of you, dear brothers and sisters, to pray for Syria, the cradle of Christianity, and let us remember Damascus during these months. May the Lord give us His peace, through the intercession of Mary Most Holy, who will protect us and protects the children of Syria under her cloak.