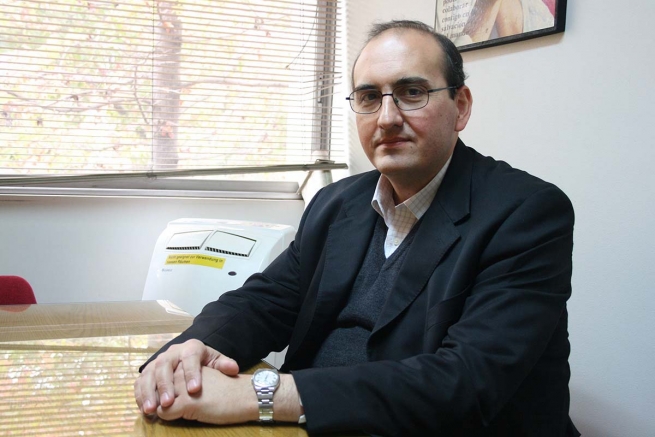 (ANS - Santiago) - During its last ordinary meeting, the National Council for the Prevention of Abuse and the Accompaniment of the Victims of the Episcopal Conference of Chile (CECh), has called Fr David Albornoz, SDB, to join their group of specialists.

The National Council for the Prevention of Abuse and the Accompanying of Victims was created by the Plenary Assembly of the Bishops of the CECh in April 2011 to "guide and direct policies to prevent sexual abuse of minors and help victims."

The Council has as its priority the protection of children and vulnerable adults. For this reason, it works on prevention policies and establishes networks of contacts and the formation of pastoral agents.

Referring to his election to the Council, Fr Albornoz indicated he hoped to be able to contribute to the work of the team of experts starting from his specialization - Canon Law - in the field of the formation of persons, the creation of healthy and safe environments, strengthening of diocesan councils, as well as the development of CECh policies on the prevention of abuse.

Fr Albornoz Pavisic, SDB, became a Doctor of Canon Law at the Salesian Pontifical University (Rome, 2002). He is currently a judge at the National Ecclesiastical Court of Appeal and Associate Professor at the Faculty of Theology of the Pontifical Catholic University of Chile. He also participates in the Council for the Prevention of Abuses of the Conference of Religious and Religious (Conferre) and has collaborated in various formation courses for consecrated persons, male and female, on the prevention of abuse.

Currently the Council is presided over by Msgr. Alejandro Goic, bishop of Rancagua; among its members there is also Msgr. Juan Ignacio González, bishop of San Bernardo, while the National Coordinator is Pilar Ramírez.

As shown by CECh, for the Church "the absolute priority (is) the protection of minors and vulnerable adults, so that they may grow in faith in an environment that pays special attention and care to their conditions."