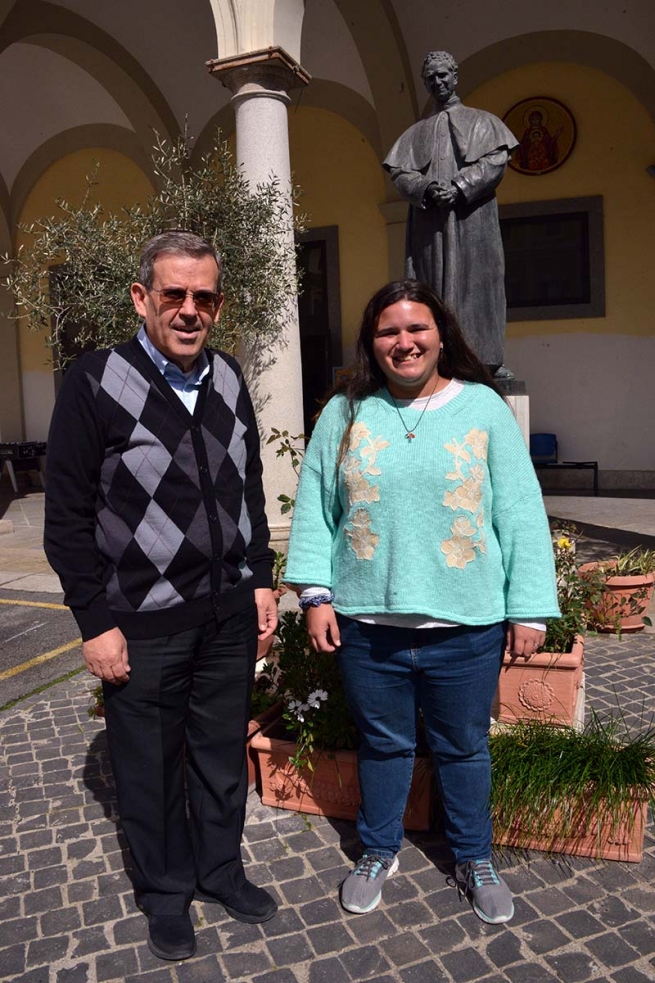 (ANS - Rome) - On 4 October 2017, Pope Francis announced a Pre-Synodal Meeting from 19 to 24 March 2018. This meeting is currently underway at the headquarters of the Pontifical International Council "Maria Mater Ecclesiae" in Rome. It ends March 24th. Maria Eugenia Sehara, of Uruguay's Salesian Youth Movement (SYM), formed by the Daughters of Mary Help of Christians (FMA), participates in this event.

This Synod of Bishops on the theme "Young people, faith and vocational discernment", unique in the history of the Catholic Church, surprises many young people and educators from across the globe. The young Maria Eugenia, who has been participating in SYM activities since she was a child, is now the representative of the young people of the Salesian environments at the Pre-Synodal Meeting.

How do you feel about participating in the Pre-Synodal Meeting?

Very happy. I belong to the SYM of Uruguay. I arrived there when I was at school, from the FMA, and little by little I became a part of it.

How do you evaluate the relationship between the young people of Uruguay and the Church?

What was your experience in SYM?

When I started I was in the group of Salesian Young Missionaries, a group that was preparing to participate in the mission. Now I am an animator. I participate in the oratory animating the other children and I accompany them in different youth-related contexts.

What hope does participating in a meeting like this give you?

Meeting with young people from different countries is the greatest wealth. The expectation is that this meeting will bear fruit and that we will be able to take advantage of it in some way, and that what is expected is really achieved, that is, that we can make our voices heard.

Both young believers and non-believers are present in the Pre-Synodal Meeting. What are your expectations?

Young people aren't just those who participate in the Church. It is a treasure to be able to listen to all the young people of the world.

How can SYM contribute to this meeting?

SYM works with young people. We have a broad vision of young people and reality. From contact with young people, from a youth perspective, we can contribute a lot ... I believe that the Church, with Pope Francis, are willing to listen.

The video-interview with Maria Eugenia is available on ANSChannel