Spain - Farewell to Severiano Sanz, Salesian Brother and missionary, the personification of goodness 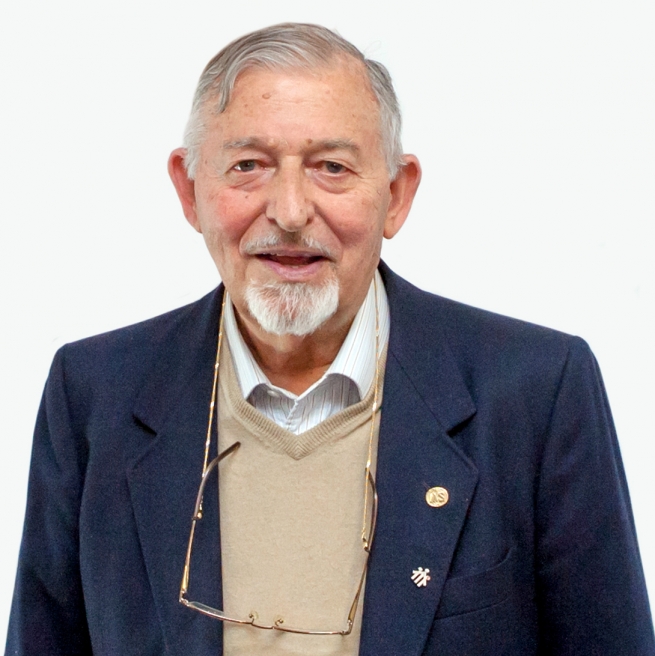 (ANS - Madrid) - A life dedicated to the missions and marked by simplicity, service to others and the example of his uncle Valentín, also a Salesian brother: this is the summary of the 91 years of life of Brother Severiano Sanz, SDB, who died last March 16th in Arévalo. He was clear about his Salesian vocation from an early age and, after 21 years spent as a missionary in Paraguay, he spent 43 years at the Mission Office in Madrid, of which he was one of its promoters.

Br Severiano Sanz Gil met his uncle Valentín Gil Arribas when he was 9 years old. He was his mother's brother and had come by to spend a few days in Torre de Peñafiel, near Valladolid, where his family lived. Little Seve, between walks and singing, learned that his uncle was a Salesian and his own vocation was born from the desire to possess that joyful spirit he saw in his uncle, from the will to be, like him, a Salesian brother. His uncle Valentín, killed during the Spanish Civil War, is one of the martyrs and blessed Salesians.

Among the best students at the time of the novitiate, Severiano Sanz learned the profession of cook and was assigned to the Salesian community of Madrid-Atocha, where he remained 12 years, playing a key role during their summer camps.

The travels in Spain of the missionary in India Fr José Luis Carreño, SDB, and his great friendship with another Salesian missionary, Fr Hiscio Morales, who brought him Indian spices for his cooking, aroused his missionary vocation. He dreamed of India, but ended up in Paraguay.

He was supposed to head for the missions in Chaco Paraguayo; instead, he remained 21 years in the capital. He carried out his apostolate above all through the cinema, becoming  a large distributor of films, documentaries, slides.

In 1975 he asked to return to his country because of his mother's health. In those years he promoted the festival of the missionary song, began to promote the activities of the missionaries with itinerant exhibitions and he pushed forthe creation of the current Salesian Mission Office.

He spent the last years of his life devoting himself to the martyrs killed during the civil war in Paracuellos del Jarama, Madrid.

Although he had always enjoyed good health, three months ago he had to be transferred to the house for elderly and sick Salesians in Arévalo, where he continued to spread his joy and goodness.