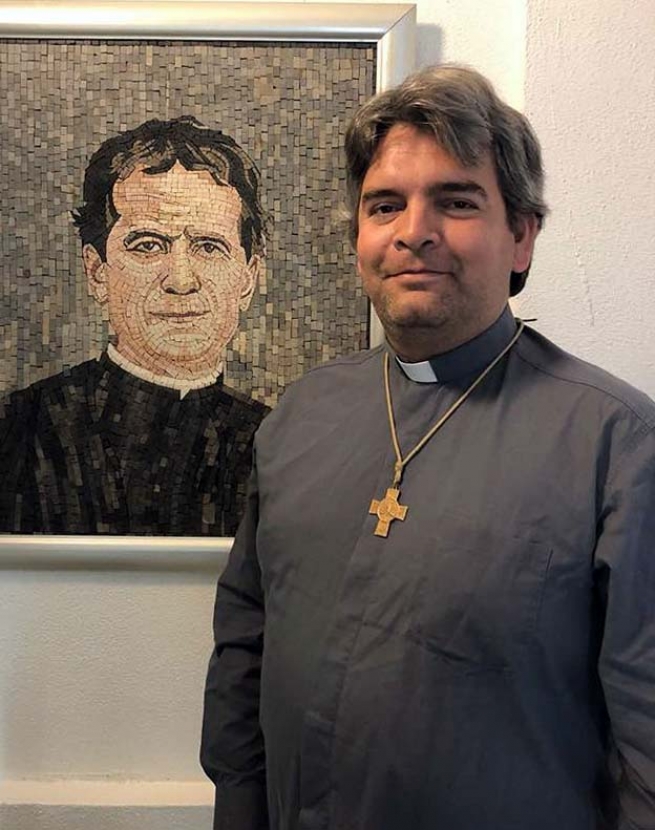 (ANS - Rome) - As part of the work of the Intermediate Plenary Council, the Rector Major, Fr Ángel Fernández Artime, with the consensus of the General Council, appointed Fr Alejandro José León Mendoza as Provincial of the "Jesus Adolescent" Province of the Middle East (MOR) for the six-year term, 2018-2024.

Alejandro José León Mendoza was born in Mérida, Venezuela, on 17 September 1979. He completed his novitiate in San Antonio de los Altos between 1997 and 1998, made his perpetual profession as a Salesian of Don Bosco in the Basilica del Colle Don Bosco on 16 September 2007, and was ordained priest in his hometown on July 31, 2010.

After spending two years in Egypt, at the Cairo-Zeitun house, and completing his formation between the "Crocetta" Theologate in Turin and the Salesian Pontifical University (UPS) in Rome, he worked at the Salesian house in Damascus between 2011 and 2015, holding the roles of Rector, Treasurer and Director of the oratory.

For the Province, in 2012 he was appointed Delegate for Missionary Animation and in 2015 the Provincial Economer.

Fr León Mendoza, who succeeds Fr Munir El Rai at the leadership of the Province, will take up his new post at the end of next August.