NICARAGUA - Auxiliary bishop of Managua: "I cried because so many young people have died unnecessarily and unjustly" 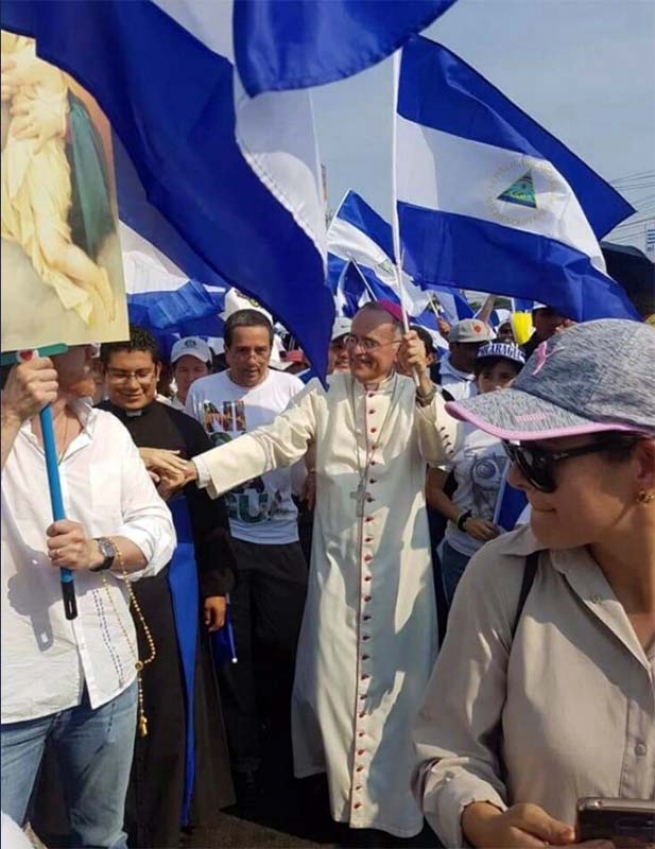 (ANS - Granada) - In a blink of an eye, the stability of a nation has changed. A social security reform was the reason why the Nicaraguans came together to protest peacefully against the government. The main protagonists: young people.

"Since 19 April, truth is a victim of silence, giving rise to incessant repressions: a war of police in riot gear and soldiers equipped with instruments of death against young people who could only defend themselves with stones. The blood of innocents has begun to flow, countless are the wounded and the dead ... ", wrote Fr David Panezo, SDB, director of the Salesian School of Granada.

The Salesians offer the Eucharist for peace and continue to accompany the people, being bearers of hope.

The Church has a decisive role in this situation, the voice that fearlessly announces the sentiment of a people that unites in the search for peace. "The population is not willing to take a step back and we owe it to the young," said Msgr. Silvio Baez, auxiliary bishop of Managua.

The mediation of the Church has been requested. The Nicaraguan bishop, Msgr. Rolando José Álvarez, is one of the religious called to act as a mediator. Moreover, during an interview with Telemundo, Monsignor Báez said: "I cried because many young people died unnecessarily and unjustly and with limitless cruelty."

Activities in the Salesian colleges of Masaya and Managua are still suspended. On Wednesday, April 25, lessons resumed in the schools of Granada, but in the afternoon all the school activities were suspended.

On Saturday 28 April a "march for peace and justice" was held, convened by the Catholic Church in Managua. During the homily, Cardinal Leopoldo Brenes declared that the Catholic Church, to which Nicaraguan President Daniel Ortega has asked to take on the role of mediator in the conflict, will withdraw from the dialogue should the government not show its willingness to meet the demands of the population, such as the cessation of all violence.