Nicaragua - The people of Nicaragua shout for peace 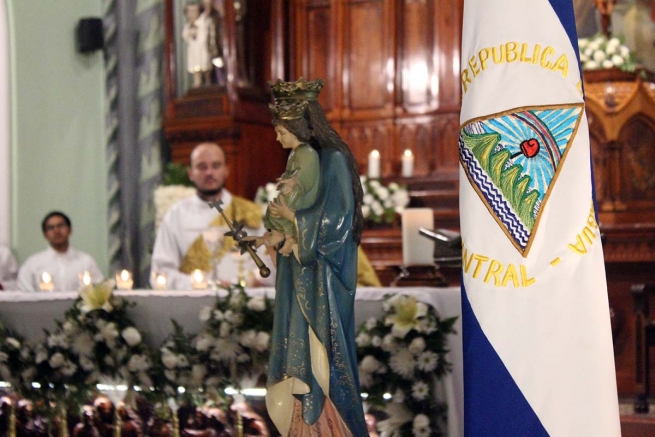 (ANS - Masaya) – It has been 45 days since peace in Nicaragua has been deteriorating. The end of violence was one of the people's clearest demands, but the number of deaths has increased to over 90, the number of injured by hundreds. About two weeks ago, at a table for talks with President Daniel Ortega, the young Lester Aleman firmly addressed the President: "We ask you to order the end of these attacks, end the repression and assassination by the forces paramilitaries of your troops ... ". A voice that has remained unheard.

The process that the Catholic Church had started with a "national dialogue" has reached a deadlock, as representatives of several sectors, especially the government, have refused to face the issue of the country's democratization.

Today the streets have become a battlefield between paramilitaries and police against civilians who continue to demonstrate peacefully.

Tension has increased and this influences the development and running of normal social activities. Blocks on the streets - called "tranques" - continue to be the only way out of the current situation, while the marches continue to show the voice of a people that will not stop until justice and peace have returned to the country.

Photos and videos on social networks describe the reality in which Nicaragua currently lives. The whole world and the international community have a view of how the tense and difficult situation of the Nicaraguan population proceeds.

In Masaya the locals experience one of the most difficult situations. On Sunday, 3 June, in the center of the city, a new clash between law enforcement and government forces against demonstrators resulted in the deaths of five people, as confirmed by the Nicaraguan Human Rights Association (ANPDH).

The hospitals have been ordered not to treat people injured in the demonstrations, why the Don Bosco Institute has opened its doors and, with the help of doctors, volunteers and good-hearted people, provides the needs of those in need of care. The educational activities of the school remain suspended, while the Salesians continue to offer faith and hope to a people invoking peace.

For their part, the Don Bosco Center of Managua and the Don Bosco Institute of Granada continue their usual work, with a number of “routine” security measures in place, on alert towards the evolution of the current situation.