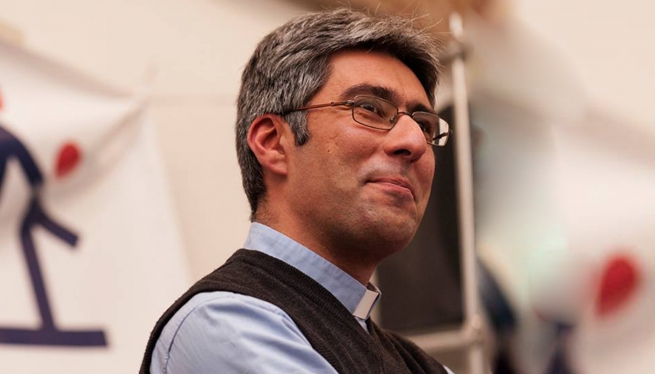 (ANS – Rome) – Changes in the government and in the leadership of the Salesian Central Italy Circumscription: Fr Stefano Aspettati, currently Director in Rome - “Borgo Ragazzi Don Bosco” on Via Prenestina, has been nominated Provincial for the six-year term, 2018-2024.

He was nominated by Fr Angel Fernandez Artime, the Rector Major of the Salesians, Don Bosco's successor, with the consensus of his Council, and succeeds Fr Leonardo Mancini, who is about to complete his mandate.

The nomination by the Rector Major comes at the end of a process of discernment, after consultations involving the Salesians of the Circumscription.

A patron and a model, who will not fail to accompany and support the governmental actions of Fr Stefano, just as the service rendered by Fr Leonardo throughout his entire term was certainly accompanied and guided.

While best wishes and prayers are being expressed to and for the new Provincial for what is undoubtedly a demanding and exhausting service, there is certainly no lack of heartfelt thanks to his predecessor, now at the end of his term.

Thus the words of Fr Stefano Martoglio, Councilor General for the Mediterranean Region, who on behalf of the Rector Major gave the official communication: "Father Aspettati has accepted in a spirit of obedience this task he will assume at the end of Father Leonardo Mancini's mandate, whom I thank very much for his pastoral service, in the next month of August."

Fr Stefano, a native of Florence, as a young man participated in the life of the Parish and the Salesian Oratory of the Sacra Famiglia, the Holy Family. Even his younger brother, Fr Marco, is a Salesian.

Fr Stefano is 44 years old and has been a Salesian since 1998 and a Priest since 2006.
He carried out his apostolate and ministry mainly in Arezzo, Livorno, Rome-Borgo Don Bosco, its current Director for the past 7 years. He has been part of the provincial council for four years now.

He begins his service as Provincial on the evening of August 28th during the Eucharist which will be celebrated in Rome, in the Basilica of the Sacred Heart, whereby the yearly annual Assembly which unites Salesians and lay people of the Circumscription also begins.