Chile - "We need more centers for street children, their situation is invisible" 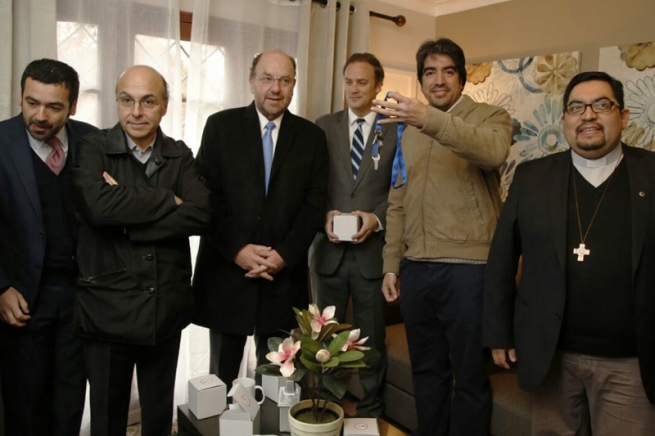 (ANS - Santiago) - "Nueva Luz" (New Light) is the name of the home for minors inaugurated last Friday, June 29, in the municipality of La Reina, a suburb of Santiago de Chile. It can accommodate eight people and was created thanks to a public-private collaboration between the "Fundación Don Bosco" of Chile, the construction company "Sodimac", and the Chilean Government. Good news, after, as some may remember, a fire destroyed the "Miguel Magone" welcome house last February.

During the inauguration of the new center, the Minister for Social Development, Alfredo Moreno, recalled the visit of several children of the "Fundación Don Bosco" to the "Palacio de La Moneda" - the residence of the President of the Republic of Chile - which took place last April : "Some time ago the young people of Don Bosco visited La Moneda and asked us for a new house, because theirs had burnt down. So we told them that we would solve the problem and from today on those children have a place to go."

Even the Executive Director of the "Fundación Don Bosco", Sergio Mercado, recalled that visit: "For the first time in history, street children were welcomed in La Moneda ... We need more centers for street children, their situation is invisible," said Mercado.

The Minister of National Heritage, Felipe Ward, commented that he had received instructions from the same President of Chile, Sebastián Piñera, to "make good use of the house, and undoubtedly this is good use."

"Thanks to the Government and to Minister Moreno for developing public-private alliances with civil society and carrying out processes like this. The children are taking a very profound personal journey to change," added Dr. Mercado.

The company "Sodimac" was charged with radically renovating the house, to make it suitable. Eduardo Mizón, Director General of Sodimac-Chile, said he was very satisfied with the work: "I think that as a company we are contributing with our grain of sand to make Chile a better country ... All children should live in a dignified way; we want that none of them lives on the street."

In the afternoon, after the inauguration, the first five inhabitants entered the house: three girls and two street boys who, until recently, had been sleeping in the streets of the center of Santiago.