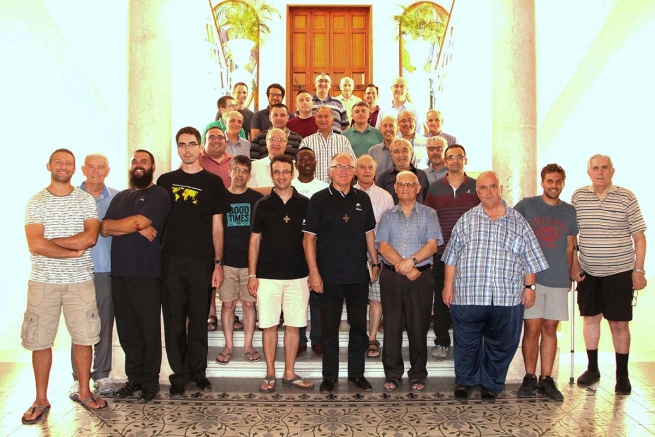 (ANS - Rome) - During the summer session of the General Council, the Rector Major, Fr Ángel Fernández Artime, with the consensus of his Council, ordered the establishment of a Salesian presence in Malta. In view of the appointment of the first Superior of the new Vice Province - which was entitled "Mary Help of Christians" and which will bear the initials "MLT" - the Councilor for the Salesian Central and Northern Europe, Fr Tadeusz Rozmus, went to Sliema, and on July 14th, he met for consultations with the Salesians present in Malta.

The establishment of the new Vice-Province occurs almost 40 years since the Provincial Delegation of Malta was born, dependent on the Province of Ireland, and constitutes a further step towards an existence of full autonomy for the Salesian presence in the Maltese archipelago.

"The development of the charism in Malta has been characterized in recent years by a growing youthful dynamism, by new Salesian vocations and by great public appreciation towards Don Bosco and his works," said Fr Rozmus. "Moreover, the average age of the confreres allows us to hope for the increase of the charism even outside of Malta, and represents a good prerequisite for future expectations that the creation of the new Vice Province expresses."

The fraternal presence of the Irish Salesians, who have always shown great attention for the development of the Salesian charism in Malta, was spoken of and highlighted by many. "The success of the new Vice Province is, therefore, also their success," added the Councilor for the Central and Northern Europe Region. "Of course, both sides are very interested in continuing their collaboration and some points of common interest have already been underscored."

Currently, the new Vice-Province has 36 Salesians and two novices who are finishing their novitiate in Pinerolo, Italy. Furthermore, four Maltese youths are carrying out the post-novitiate in Malta, while two others are about to finish the formation course in Theology at the "Crocetta" Faculty in Turin. Various European Provinces are also collaborating with Malta, especially in Poland; at this moment there are four Polish Salesians in Malta, who are completing their training.