Italy - Cafè Bijoux: artistic workshop with the aim of welcoming women in difficulty 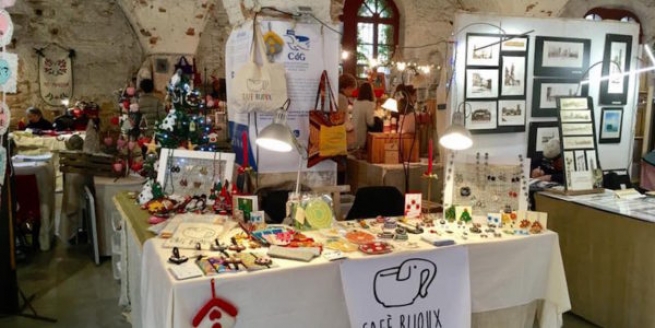 (ANS - Verona) - In Italy there are many women who live in precarious conditions: there are those who have problems with drug addiction or psychiatric problems, those who live on the streets or have a complex family situation. These fragile women ask for the help of someone who values ​​them, starting from their abilities, making them regain their dignity and self-confidence. In Verona there is Café Bijoux, a female artistic workshop established with the aim of welcoming and have women in difficulty work, supported by Salesians for the Social - SCS-CNOS Federation.

Café Bijoux was born in Verona in 2012. A female arts workshop with the aim of welcoming and making women who are homeless or in precarious conditions work. Here they can put their qualities to the service of others: some are specialized in crochet, others in sewing, others in manual and creative works (even reusing waste materials). These objects are then sold during fairs and markets in the Verona area. Café Bijoux is also a meeting point for chatting, drinking a coffee or preparing a dessert, forgetting the condition of loneliness from which they come.

Café Bijoux welcomes more than 40 distressed women from different countries. They have different stories, some with a past of drug addiction, those who have always lived on the street, those with a psychiatric problem, those who have been a victim of trafficking, those who are unemployed, those who have a complex family situation. Princess, for example, after being exploited since she was young and having fought with her mental illness, is today a woman who has obtained an occupational internship. She cooks, shops, takes public transport, ultimately a woman capable of self-determination and having a life of dignity and freedom.

At Café Bijoux the Spazio Cucina, or Kitchen Space, has also been created, which has proved to be an excellent resource to promote the knowledge of other foods and cultures. Thanks to the kitchen lunches for festivities and birthday cakes are never lacking. These moments are the most difficult because they remind women of their loneliness, the lack of family support, their children and memories of a different past that resurface for those who have gone through such experiences. Hence, creating opportunities to be together strengthens relationships and the person himself.

The relationships that are created between both women and the female operators are based on spontaneity and this allows them to create a relationship of help and support where women feel free to open up and become protagonists of their personal journey.