Chile - Promoting the rights of children, teens and young people 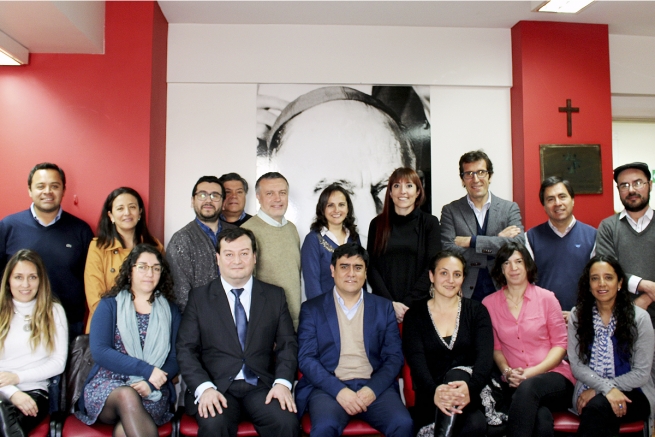 (ANS - Santiago) - "Although the Convention on the Rights of the Child is addressed to governments as representatives of the people, in reality it refers to the responsibilities of all the members of society," Unicef ​​emphatically affirms. With this responsibility in mind, the representatives of the Salesian Province of Chile took part in a meeting on the theme of children's rights on 10 September at the offices of the Social Ministry Vicariate of the Archdiocese of Santiago with the participation of representatives of the "Mesa Bice Chile" - a Catholic association, composed of over 70 organizations committed to the defense of the dignity and rights of minors - and of Patricia Muñoz, as National Child Defender.

The initiative is part of the "Mesa Bice Chile" initiatives to open and foster spaces for dialogue and synergies between institutions linked to the promotion of the rights of children, adolescents and young people.

During the meeting, Dr. Muñoz presented the main objectives of the Office of the National Child Defender, the scope of its initiatives, guidelines and organization, to analyze possible opportunities for collaboration between the new institution and those present in the "Mesa Bice Chile".

"For me, a central theme has to do with what we do today in education. In curricular terms, one often only looks for success and places itself before much more important things. The true meaning of education has been lost, as stated in the Convention on the Rights of the Child and Adolescent, which has to do with the generation of holistic educational processes, which include the human being as a whole and which include the themes of spirituality, art, the development of integrity to be good people ... In short, let us concern ourselves that education makes children, teens and young people happy, not only gaining high scores from the Educational Quality Agency," said Dr. Muñoz.

This is one of the common fields of action between the educational institutions and the National Child Defender Office from which concrete proposals emerge that influence both public policies and culture shared in schools and in communities.