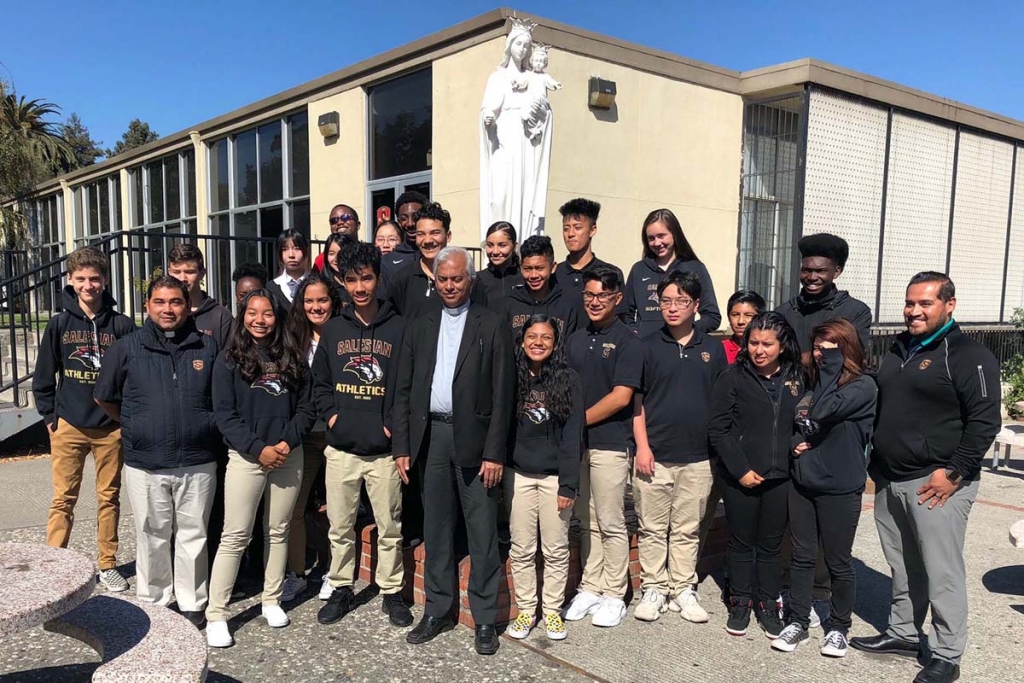 Richmond, United States - September 2018 - On September 20, as part of his visit to the United States, Fr Tom Uzhunnalil, the Salesian kidnapped in Yemen in 2016 and held hostage for 18 months, met students of the "Salesian College" of Richmond. Accompanied by Fr Shalbin Kalancherry, in charge of the Mission Office of Bangalore (INK), Fr Tom told students about his experience and, via slides, showed the work the Missionaries of Charity perform in Yemen. In speaking with young people, he also emphasized how daily prayer helped him during those days of captivity to remain confident and entrust his fate in God.