Pakistan – Attack in Lahore: "we must pick ourselves up as Christ was able to get up while carrying the cross" 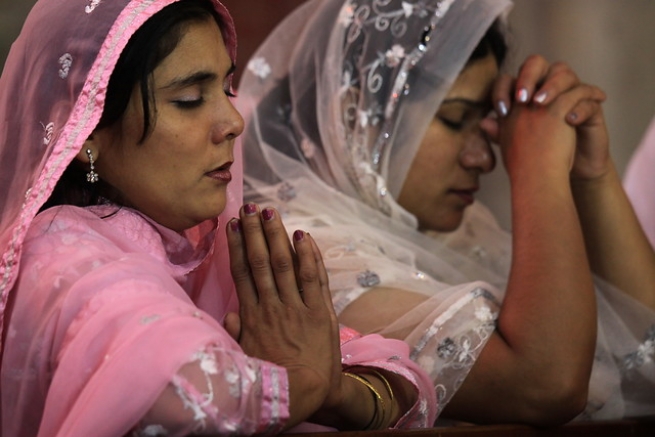 (ANS - Lahore) - "An abominable attack, which caused the massacre of so many innocent persons”, the Pope said yesterday, referring to the attack by a suicide bomber in Lahore, Pakistan, on the afternoon of Easter Sunday. According to the latest updates it caused 72 deaths and over 320 injured, including many Christians and many children who were celebrating outdoors the most important Christian feast.

The Salesians are present in Lahore. Their work is located several kilometres away from the Gulshan-e-Iqbal Park where the explosion occurred. As far as we have heard from the community, there are no students of the Salesian School among the dead or wounded.

Meanwhile, the Pakistani authorities have decreed three days of mourning, as they try to trace those responsible, members of the Jamat ul Ahrar movement that has claimed responsibility for the attack.

"After the attempt last year on the two Christian churches in the Youhanabad area, it was feared that an attack might occur and the Government had provided all the necessary security measures to protect churches, but no one had thought it would be in the park," according to Archbishop Sebastian Francis Shah of Lahore in a statement made to "Aid to the Church in Need".

Archbishop Shah also said he believed it plausible that the Christian community was the target of the bombers, but pointed out that among the dead and wounded there were also many Muslims. Visiting the hospital, the Archbishop brought comfort to everyone: "I visited every bed, and every victim of any faith. It was really hard, because I saw many children as young as 4 or 5, Christians and Muslims, wounded or killed by this terrible attack."

He tried to bring hope to the Christians by pointing to the example of Jesus: "We must learn to pick ourselves up as Christ was able to get up while carrying the cross."