Portugal – "He who sowed the Salesian charism in this place was a man of God": the Salesian presence in Mogofores celebrates 80 years
Featured 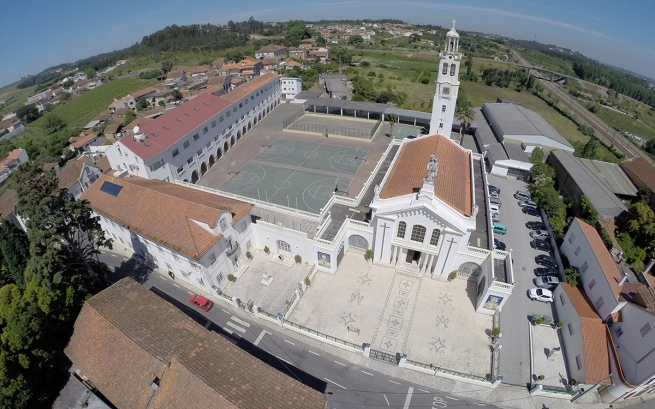 (ANS - Mogofores) - On September 26, the 80th anniversary of the Salesian presence in the city was celebrated in Mogofores. The day was heralded as both festive and solemn from the very beginning, the celebration however maintaining a sober and discreet profile. And there were no lack of surprises.

The staff and the auxiliary educational staff wanted to amaze the Salesian community with a festive and unexpected gesture during the traditional "good morning". So they invited everyone to enter the Sanctuary, left the first rows to the religious and asked them to each make a brief biographical presentation. Then, for each of them there was a thank-you from students, teachers and staff of the center. The pleasant family moment had been opened with a song to Don Bosco and ended with a group photo.

In the afternoon, around 17:00, the Salesian community of Porto arrived, as that day also corresponded to the traditional day for the monthly retreat. Thus Fr José Francisco Fernandes, a historical presence of the community, gave a brief lecture on the past of the institute; subsequently, the founder of the house, Fr Humberto Pascoal, paid homage to a bust dedicated to him; and finally Fr José Aníbal Mendonça, Provincial of the Salesians of Portugal, presided a solemn Eucharist.

80 years after the beginning of this presence, it can be said that Mogofores is a deeply Salesian locality, and that he who sowed the Salesian charism on this site was truly a man of God. Today the community intends to follow up the much good done, placing itself under the blessing of Mary Help of Christians.

The house of the Salesians in Mogofores was initially initiated as an aspirantate and then a novitiate. On September 26, 1938, the Salesians took possession of the house that would welcome the novices and students of Philosophy, until then hosted at the Salesian house in Estoril. Later, other educational-pastoral proposals were launched, such as the festive oratory, adult literacy courses, typography, the parish, the sanctuary and later the school. In 1975 the formation house was transformed into the current Salesian Institute.

The Mogofores house is also, since 1963, the National Marian Shrine dedicated to Mary Help of Christians.