Spain - "First the last": campaign by a Salesian institute in Valencia for girls saved from prostitution in Sierra Leone 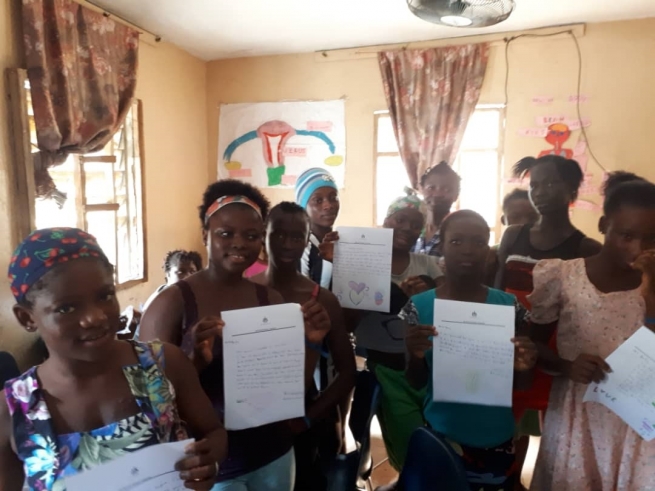 (ANS - Valencia) - The campaign of the "San Juan Bosco" Salesian Institute in Valencia, "First the Last", has mobilized the entire educational community; its aim: helping girls forced into prostitution that the Salesians of Sierra Leone take off the streets. Awareness-raising courses, screening of the "Love" film documentary of the Salesian Mission Office in Madrid, designing and selling solidarity bracelets, letters to encourage these girls and even the recording of a video that the protagonists have already seen in Freetown, Sierra Leone, are all part of this successful initiative that not only raised money, but above all brought messages of support, empathy and solidarity to the girls of Sierra Leone.

From mid-October the Salesian Institute in Valencia developed the campaign: "First the last". The school prepared all the activities with great enthusiasm, thinking of the project's beneficiaries: the girls from Freetown.

The campaign started with courses (tutorials) aimed at high school students who, in many cases, already knew the documentary "Love", having seen it when it was presented at the school last April. Secondary school students participated in the design of the solidarity bracelets for the campaign.

On 21 October, World Mission Day, the project was also presented at the Mass of the Family and in the Salesian house where everyone was able to collaborate by buying the bracelet with the words "Primero las últimas - #LOVE?”". The final proceeds of the sale of the bracelets - almost 1,200 euros - will go entirely to the recovery project for the girls of Sierra Leone.

But the campaign has continued to grow in the English courses; third and fourth year secondary students have done their part in the field to help and offer psycho-social support necessary for Sierra Leone girls, writing several letters in English for the girls of the "Girls Shelter+" program of Don Bosco Fambul in Freetown, with messages of hope of support and encouragement that have already reached their addressees.

The campaign coordination team also created a 3D murales at the entrance to the school and the students recorded a video with background images of the "Love" documentary.

And the awareness and help from the school do not end here; the whole educational community intends to organize a musical for next April and to allocate all the proceeds to the project in favor of minors in prostitution in Sierra Leone.