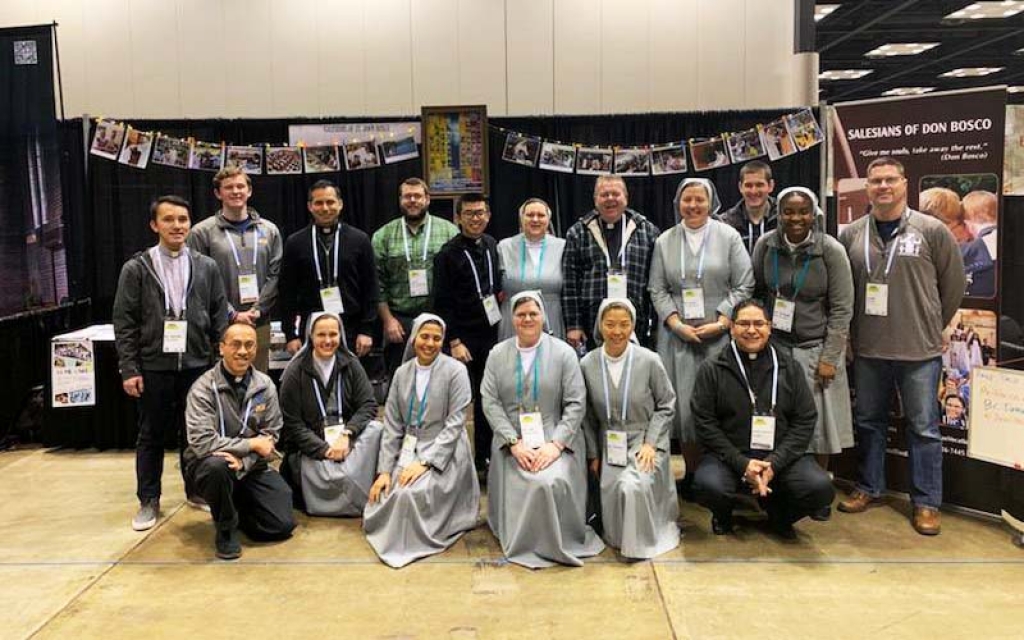 Indianapolis, United States - January 2019 - The members of the four Provinces of the Salesians and Daughters of Mary Help of Christians in the United States and Canada participated in the "SEEK 2019" conference held in Indianapolis from 3 to 7 January. Organized by the "Fellowship of Catholic University Students", the event was attended by 17,000 young people who deepened their faith, renewed their relationship with God and other young Catholics and took part in various moments of adoration. The Salesian pavilion was very popular, becoming an oratory for many young people, a place wherein to pray, play, share their stories, listen to the testimonies of Salesian religious and learn more about Don Bosco, his love for God, Mary Help of Christians and young people.