Portugal - "Panama in Lisbon": WYD an opportunity to strengthen youth's role in the Church
Featured 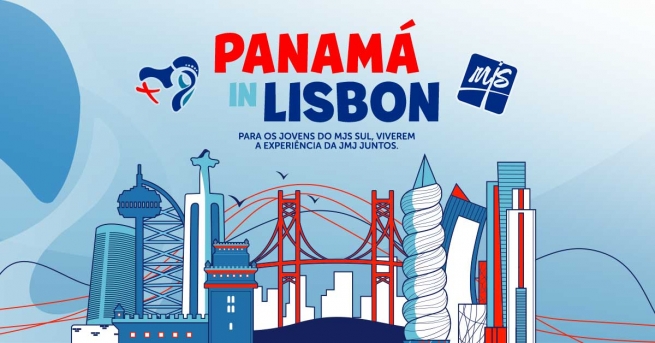 (ANS - Lisbon) - "Dear young people, I shall go to Panama. I look forward to seeing you at the World Youth Day. The presence of our Salesian Youth Movement must be very special," said Fr Ángel Fernández Artime, Rector Major, in a message to all the participants of the WYD 2019. In fact, hundreds of young people from SYM will participate in this meeting, while other groups who will not be physically present will thus join this great event "at a distance" in every corner of the world. This is, for example, the case of Portugal.

The 34th World Youth Day (WYD) will take place from January 22nd to 27th in Panama. A few days before this huge event, Panama's Local Organizing Committee released some interesting data: about 250,000 young people (200,000 foreigners and 50,000 local people), aged between 15 and 30, are expected from 190 countries. In addition, around 500 bishops from around the world and 4,000 journalists will also be participating.

The WYD, more than a simple international event of the world's young Catholics with the Pope, is for the Salesians a group proposal that unites and fosters growth in faith, in sharing, in solidarity and above all in friendship with Jesus. The meeting in Panama acquires a special meaning also because Don Bosco is the patron saint of the country and one of the patrons of this World Youth Day.

A group of 18 young people from the Salesians of Estoril and Manique, accompanied by the Salesians Fr Juan Freitas and Fr Silvio Faria, will be in Panama with Pope Francis, and will participate in the meeting of the SYM with the presence of the Rector Major.

Meanwhile in Portugal, several initiatives will mark the days of the WYD. During the weekend of 26-27 January, the final one of the WYD, the diocese of Porto shall organize the meeting in the "Panama" multifunctional pavilion of Gondomar, near the Douro river. Several young members of the SYM of the Salesian houses in the North have already confirmed their participation.

On the same days, the Salesians of Lisbon will also promote a youth meeting, with the theme: "Panama in Lisbon". It will be a time reserved for young people to commit themselves to live moments of sharing, reflection and prayer, and will also provide a link with the vigil of the Pope with the young.

The WYD, whether in Panama or in Lisbon, will be an opportunity to strengthen the role of young people in the life of the Church and of the world.