Yemen - "Children are not safe anywhere in Yemen" 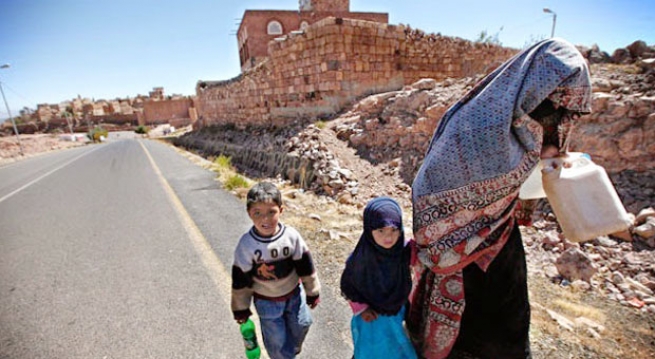 (ANS - Sana'a) - The Salesian Family continues to follow with great attention the situation of Father Tom Uzhunnalil, kidnapped in Aden on 4 March. But he is not the only one who is suffering in Yemen. It is a country that has been sorely tested for the past 16 months of war. It was a civil war at first. Then came the bombing of a Saudi-led coalition. The conflict is assuming frightening proportions and the most affected are, as usual, children: "Children are not safe anywhere in Yemen" said Julien Harneis, the Unicef ​​representative in the Arab country.

According to a UNICEF report a third of the more than three thousand civilians killed in the country are children. But the reality is even much worse: in the last year at least ten thousand children under the age of five have died from easily treatable diseases, because they have run out of vaccines and there is a lack of adequate medical care.

Other United Nations figures estimate that there are at least 320 thousand children "severely malnourished". The basic services and infrastructure are "on the brink of total collapse." Last year at least 63 health facilities were subjected to attacks and three were occupied for military purposes.

Often children cannot even attend school, because the schools are targets of "direct attacks". This has happened on fifty occasions. Another fifty schools have been occupied by fighters and about 1600 schools are closed for security reasons or because they have been damaged. Yet other schools are used to house a portion of the 2.4 million persons internally displaced by the conflict.

Finally, there were 848 cases of children involved in the conflict, some of whom were less than ten years old.

Meanwhile, regarding the fate of Fr Uzhunnalil, Bishop Paul Hinder, Apostolic Vicar of Southern Arabia, said in recent days that "there is no new news" and in this context "no news is good news". For this we must continue to hope and pray.