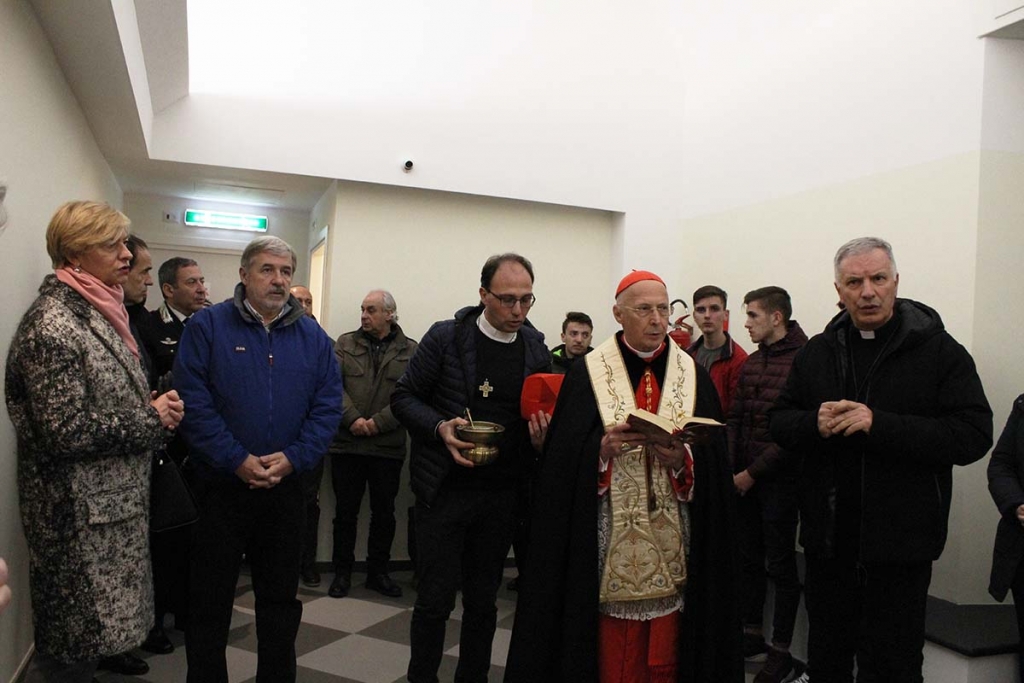 Genoa, Italy - February 2019 - On 29 January "Casa Don Bosco", a second-phase reception community inserted in the Salesian House of Genoa Sampierdarena, opened the doors to the first eight Unaccompanied Foreign Minors (MSNA). This project stems from a collaboration between the Don Bosco house and "Il Nodo sui Ali del Mondo Onlus", a federated association of Salesians for the Social - SCS / CNOS Federation and affiliated with VIS - International Volunteering for Development. On 3 February the official inauguration of "Casa Don Bosco" took place, with the blessing of Cardinal Angelo Bagnasco, archbishop of Genoa, and in the presence of the Mayor of the city, Marco Bucci. The house of Sampierdarena was founded in 1872 by Don Bosco.