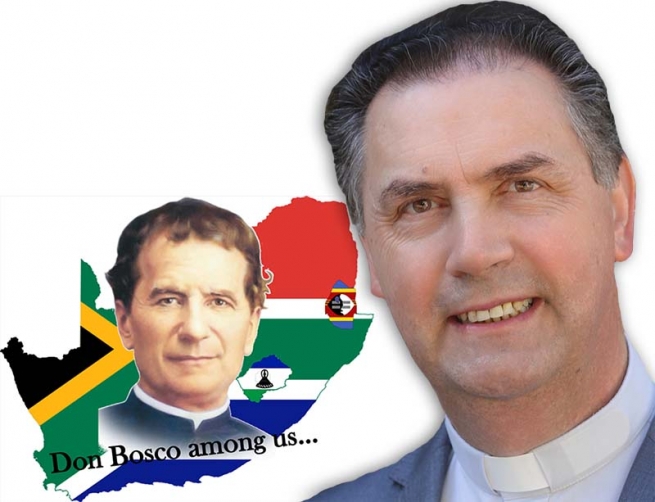 (ANS - Rome) - From 8 to 12 March, Rector Major Fr Ángel Fernández Artime shall be on African soil. Accompanied by the Councilor for the Africa-Madagascar region, Fr Américo Chaquisse, and by Fr Horacio López, Secretary of the Rector Major, he will animate Salesians and the Salesian Family present in the "Blessed Michael Rua" Vice Province of Southern Africa - which includes South Africa, Swaziland and Lesotho.

Fr Á.F. Artime will reach South Africa on the morning of Friday 8 March, landing at the Cape Town airport. The first official appointment is in Landsdowne with the mission's Salesian Family and its lay collaborators.

On Saturday 9, there will be a meeting with the Salesians and, after the transfer to Johannesburg, he meets with the Daughters of Mary Help of Christians (FMA).

On 10 March, the 10th Successor of Don Bosco meets the young people of the Salesian Youth Movement (SYM), presides over the Sunday Eucharist. In the afternoon he shall preside over the gathering of the Salesian Family in the Johannesburg and Swaziland areas.

The Salesian Family and youth will also be at the center of the next day, Monday, March 11, which the Rector Major will spend in Lesotho.

Before returning to Rome, on the morning of Wednesday 13, Fr Á.F. Artime shall still dedicate the entire day of Tuesday 12 to his "dear confreres": first in the gathering with all the Salesians of the Vice Province, then in talks with the Provincial of AFM and his Council in an exchange that will serve to highlight challenges and priorities for the future path.

Although the Vice Province of AFM was canonically erected only in 1988, in the year of the centenary of the death of Don Bosco, the Salesian presence at the southern tip of the African continent is much older: the Salesian house of Cape Town, in fact, was started as early as 1896, while Salesians first set foot in Swaziland in 1953, and in Lesotho in 1980.

Today the Vice-Province has 9 canonically erected centers: five in South Africa, two in Swaziland and two in Lesotho, animated by 42 Spiritual Sons of Don Bosco.