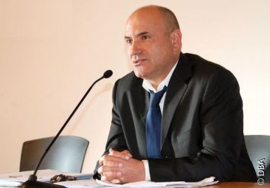 (ANS - Lyon) - "The Muslim presence in our Catholic Schools" was the theme of the study day organized by the Department for Formation of "Maisons Don Bosco". About fifty people heard the reflection by Professor Sayadi, Professor of Comparative Studies of Religions and Civilizations at the University of La Manouba in Tunis and member of the Muslim-Christian Research Group.

"Be free and stay true to your values - this is what Muslim families like." Professor. Sayadi was very direct in his speech, outlining the three fundamental values ​​that emerge from teaching in Catholic schools in Tunisia and Europe: freedom, equality for all, and openness to diversity. These are values ​​to be preserved.

"Catholic schools should not underestimate their role in the formation of democracy and freedom of conscience" said Professor Sayadi, saying that they promote the transmission of democratic values, the equal dignity of men and women and diversity (of religion, culture and history).

The Muslim presence in Catholic schools is not a problem because the school should be a forge in which young people are formed. They learn to debate, to have a critical mind and the ability to reason, and they learn freedom of spirit. The Catholic school is the place par excellence where all religions can co-exist without prejudice.  It is a school that loves young people regardless of religion.